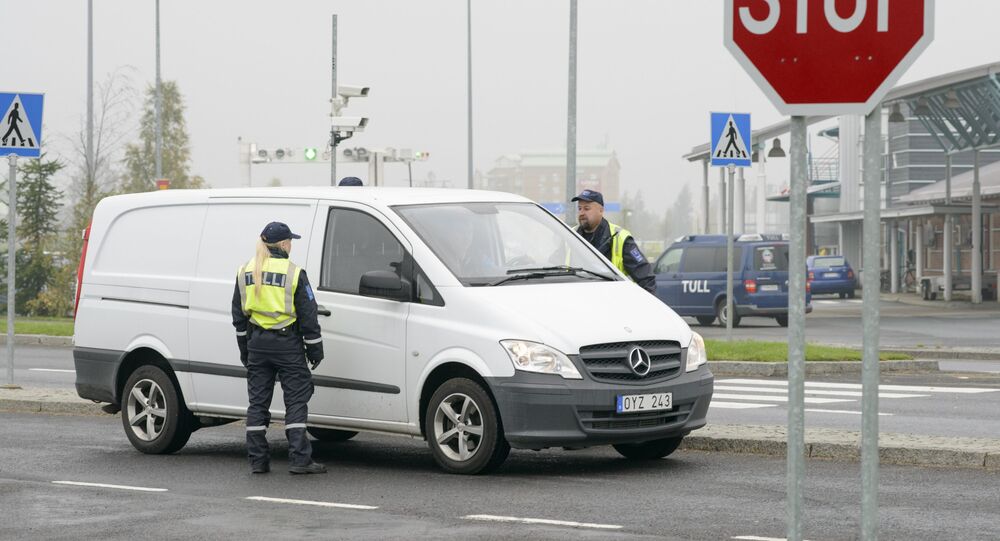 An international criminal organization is suspected of smuggling dozens of illegal migrants into Finland via the Russian border as well as the Helsinki Airport. According to preliminary investigation data, the smugglers' "fee" was approximately 15,000 euros.

© AP Photo / Lehtikuva/Markku Ulander
Smuggled Goods: Finnair Flight Attendant Traffics 33 Chinese into Finland
Finland's border officials say that they have uncovered an international group suspected of smuggling migrants by way of the northern border from Russia to Finland and onwards into Europe, newspaper Helsinki Sanomat reported. One of the suspects, a Chinese national who worked as a flight attendant on the national airline Finnair, was arrested at Helsinki Airport in January.

Sixteen arrested individuals were believed to be involved in the scheme, including citizens of India, Pakistan, Holland and Sweden. At least one of the detainees is a Finnish citizen, whereas at least two other suspects had been living in Finland for some time. Members of the group tried to convince potential customers, living under poor conditions, about the benefits of living in Europe, sometimes promising jobs and asylum upon arrival.

© AFP 2021 / JONATHAN NACKSTRAND
End of the Line: Russian, Finnish Presidents Restrict Border Crossings
The detentions were made possible by international cooperation of security forces in Russia, Germany and Italy.

Earlier this year, Finland's Defense Minister Jussi Niinistö of the True Finns' party accused Russia of launching a "hybrid war" by means of dispatching large groups of migrants through the border. In March, Russia and Finland agreed to introduce temporary border restrictions in order to put a stop to illegal migration, whereupon the flow of refugees without valid documents dropped significantly.