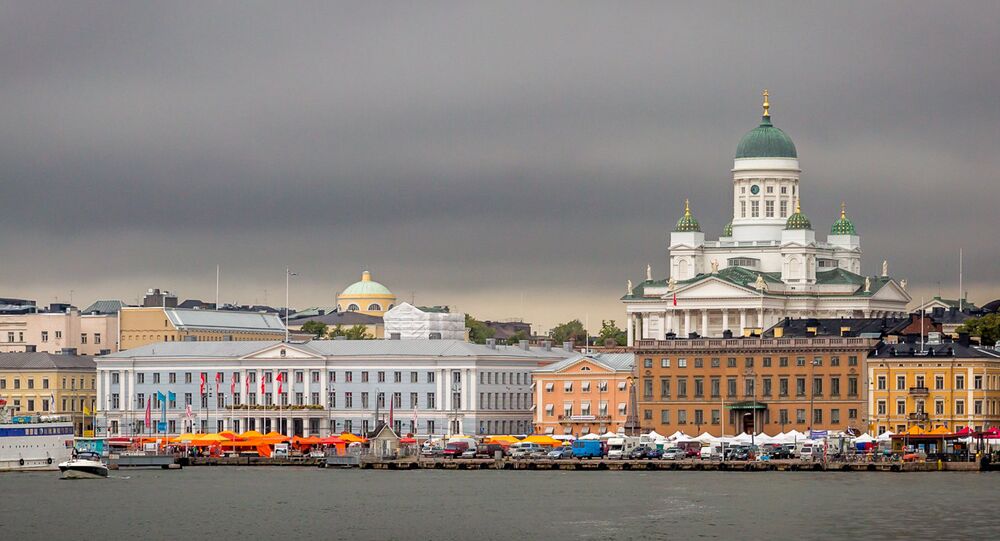 Nearly 40 percent of the residents in central Helsinki believe that they can no longer afford live in the city, whereas nine out of ten respondents agreed that central Helsinki has become too expensive to consider for long-term living, a recent survey showed.

© AP Photo / Alastair Grant, Pool
Finns Told to Tighten Belts and Open Books in Massive Budget Cutbacks
The survey was carried out by the construction, property development and infrastructure company NCC and involved a thousand residents in each of the Nordic capitals (Helsinki, Stockholm, Copenhagen and Oslo), Finnish national broadcaster Yle reported.

Unsurprisingly, the majority of residents in all of the Nordic capitals, renowned for their high cost of living, said living in the city center was unjustly expensive. Helsinki, however, turned out to be the undisputed leader, with 90 percent of the respondents sharing this view, compared to 80 percent in Stockholm, 78 percent in Oslo and 64 in Copenhagen.

Helsinki also stood out regarding how the inhabitants see their future. Roughly 40 percent of the residents in the city center said they no longer can afford to live there. The same trend is present in the suburbs, albeit in a less obvious way: a quarter if people living in the outskirts were unsure about being able to afford to continue living in their present homes.

© AP Photo / Markku Ulander/Lehtikuva
What Gets Finns Flustered: Unemployment and Refugees Top Concerns Among Finland's Residents
At the same time, the survey also showed that people living in close proximity to the city center are much more satisfied with their neighborhood, the reason being that the city center is packed with high-income areas. The major complaints about living in the suburbs include the lack of cultural events and the low number of cafes, restaurants and bars. However, two thirds of the city residents would prefer a quiet and peaceful neighborhood to the hustle and bustle of the city center.

The close proximity of jobs and schools is regarded as a minor factor by Helsinki residents, who are more focused on having good public transport. Four out of five of city dwellers preferred public transport to private cars, citing maintenance expenses, congestion charges and traffic jams.

Finally, 63 percent of Helsinki inhabitants believed that the rich neighborhoods get richer, while the poor get poorer.

Helsinki has a metropolitan population of 1.4 million, which includes a number of commuter towns, such as Espoo, Vantaa, Kirkkonummi and Sipoo.