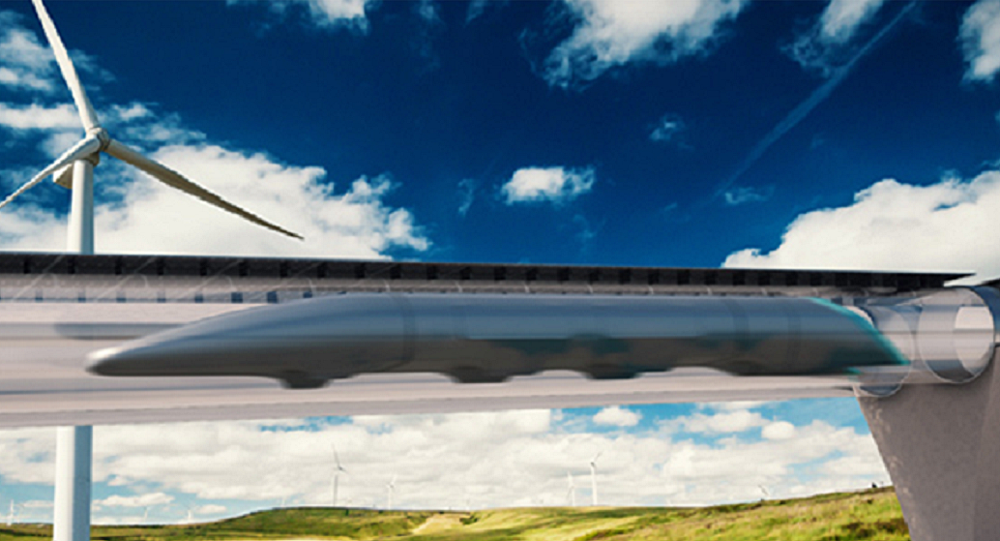 France has become the first European country to embrace the concept of “hyperloop,” a revolutionary form of public transportation that could carry passengers across the entire country in frictionless capsules through low pressure tubes at almost the speed of sound.

The idea of “hyperloop,” first proposed by billionaire and entrepreneur Elon Musk in 2013, offers the possibility of transporting people at speeds faster than high-speed trains or even most commercial airplanes.

SNCF makes a bet on the future of transportation by backing Hyperloop https://t.co/UumrbkHTRr by @v_rdrgs pic.twitter.com/PmmsaXasPb

© Photo : occupycorporatism.com
Hyperloop, The Transport of the Future to Break Ground Next Year
The hyperloop technology pushes capsules containing passengers through low pressure tubes using solar energy to power the propulsion method. According to estimates, the technology is far more energy efficient than conventional electric trains.

Engineers behind the project detail that the tubes for the system could be constructed either under or above the ground, adding that some existing motorways could be transformed for these purposes.

Under the projections, the hyperloop would make it possible to cover the 380-mile distance between Los Angeles and San Francisco in just 30 minutes.

“Speed is one of the advantages, but it’s not the only one,” Dirk Ahlborn,  chief executive of Hyperloop Transportation Technologies, one of the two American companies working on project, said. “Building something that has economic sense, that has a good business model behind it, for me, is even more important.”

© Flickr / oooOOC
SpaceX to Build Hyperloop Prototype for 760 Miles Per Hour Travel
Hyperloop is deemed to be much cheaper that similar concepts, including Britain’s High Speed Two (HS2). The construction of an Los Angeles-San Francisco route would cost, according to estimates, some £5bn (around $7.2 billion at current exchange rates), in comparison to the £43bn allocated for the building of the shorter HS2 roadway from London to Birmingham.

SNCF has refused to comment on investment into hyperloop, although it did confirm the decision to participate in fundraising for Hyperloop Technologies, France 24 reported. Guillaume Pepy, SNCF chief, last year called the project “far-fetched and visionary,” adding that France is following its development.