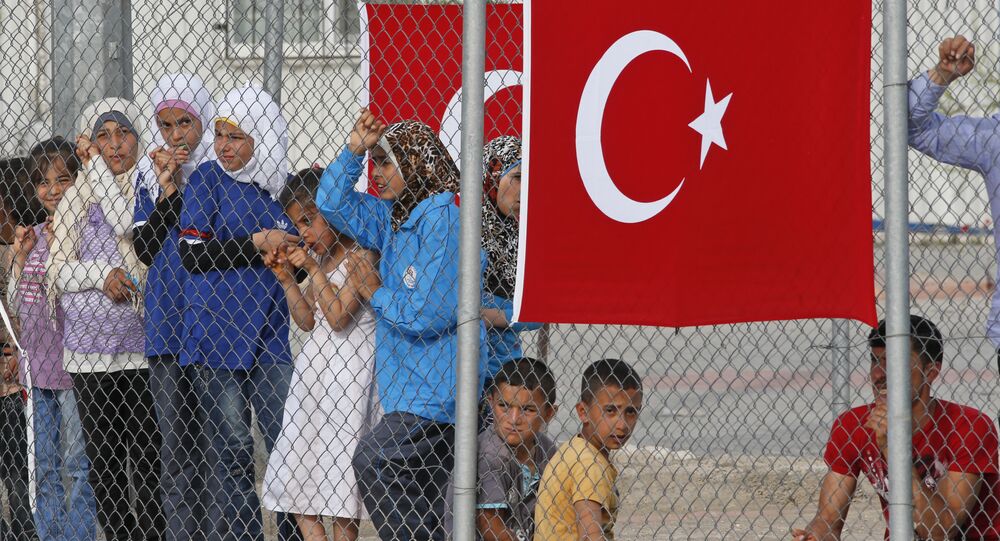 Chairman of the Bar Association of Gaziantep, Bektaş Şarklı, spoke with Sputnik in an interview regarding the atrocious conditions under which refugees in the Syrian refugee camp of Gaziantep are living.

There are cases of mass rapes of Syrian women, slave trade and ongoing cooperation of local authorities with jihadists which makes all of these factors a permanent source of instability and threat for the local population and the country as a whole.

“On April 12, 2015, we sent a request to the prosecutor of Gaziantep, asking him to investigate the case of Yazidi women into slavery. Unfortunately, it should be noted that the prosecutor's office failed to conduct a proper investigation of the case.”

“The case file contains thousands of checks and invoices, which feature names of different companies. If we calculate the total amount of those checks they add up to 20-30 million dollars. In studying the materials of the case it is clear that there is strong evidence of illegal trafficking of money, the source of which needs to be identified,” Bektaş Şarklı said.

But the worst situation in these camps is for the women who are the victims of frequent rape in the territory of the refugee camps.

There are reports that the sexual abuse committed against Syrian women is done by both the workers of the camps and the refugees who live in these camps.

This information is however unnoticed by officials and this topic is bypassed by the media and is kept silent, with most of these cases of violence against refugees going ignored.

“We know virtually nothing about how these camps actually operate, what is happening inside of these tent camps because the doors remain closed to representatives of public organizations and human rights defenders,” the chairman said.

In March, Europe and Turkey agreed on a deal under which Ankara pledged to take back all undocumented migrants who arrive to the European Union through its territory in exchange for Syrian refugees accommodated in Turkey, on a one-for-one basis.

In return, the European Union pledged to provide a total of €3 billion (over $3.3 billion) to Turkey to help it deal with refugees, with a possible further 3 billion-euro provision in 2018.

Despite such arrangement between the political parties, life was the refugees in Gaziantep is far from comfortable where every day is a struggle for survival.

“Borders of Gaziantep have become logistics center for Daesh jihadists. Currently, that is the main threat and problem for the region. Public organizations are trying to attract attention to this problem, but it is carefully hushed by political forces who are not interested in its resolution,” Şarklı concluded.

Plan B: This is How Refugees Keep Flooding Europe Despite EU-Turkey Deal