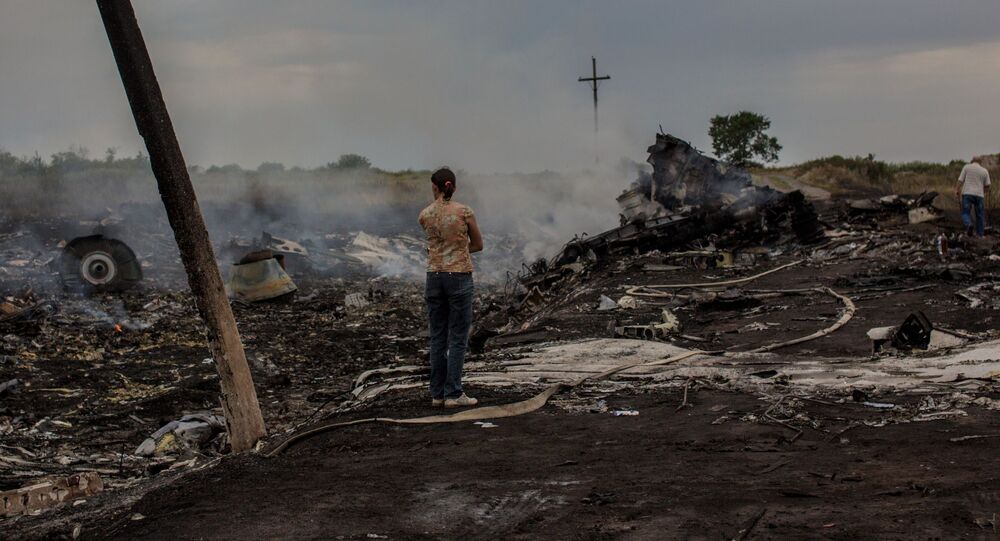 The Dutch Safety Board (DSB) has closed its investigation into the causes of the MH17 flight crash and is not planning to reopen despite reports and investigations which have been published afterwards, a DSB spokeswoman told Sputnik on Wednesday, stressing that the board had sufficient materials for their report.

© Photo : mil.gov.ua
Twitter Users Find Ukrainian Buk-M1 System After Kiev Denies Existence
MOSCOW (Sputnik) — Flight MH17, with 298 people on board, crashed on July 17, 2014, in eastern Ukraine after being shot down en route to Kuala Lumpur from Amsterdam, leaving no survivors. Most of the victims were Dutch citizens. Donbass independence supporters and the Kiev-led forces were fighting in the region at the time of the crash, and traded blame for the incident.

"The Dutch Safety Board had sufficient sources and materials to draw the final conclusions," Sara Vernooij said, reminding that the DSB presented the final report into the causes of the crash of flight MH17 in October 2015.

"The investigation into the causes of the crash is closed by publishing the final reports," she reiterated.

Dutch investigators published a report in October 2015 that said that the Malaysia Airlines aircraft appeared to have been downed using a Russia-produced Buk surface-to-air missile system. It did not identify the exact location from where the missile was fired. The Russian arms manufacturer that builds Buk missile systems, Almaz-Antey, conducted a separate probe into the crash, finding that the missile which hit the plane could only have been launched by a Buk system located in the region of Zaroshchenske, controlled by Kiev forces at the time of the incident.

© AFP 2021 / EMMANUEL DUNAND
MH17 May Have Been Downed By Ukrainian Jet, According to BBC Documentary
On Tuesday, the BBC Two television channel aired a documentary titled "The Conspiracy Files: Who Shot Down MH17?" that covered various theories of the Malaysian Airlines flight MH17's crash in conflict-torn eastern Ukraine in 2014.

The documentary presented several versions of what could have led to the crash of the flight MH17, and as a BBC spokesperson said, the documentary took a "balanced viewpoint" in reporting different theories pertaining to the fate of the crashed plane. The documentary also examined in detail the findings of the Dutch probe into the incident.