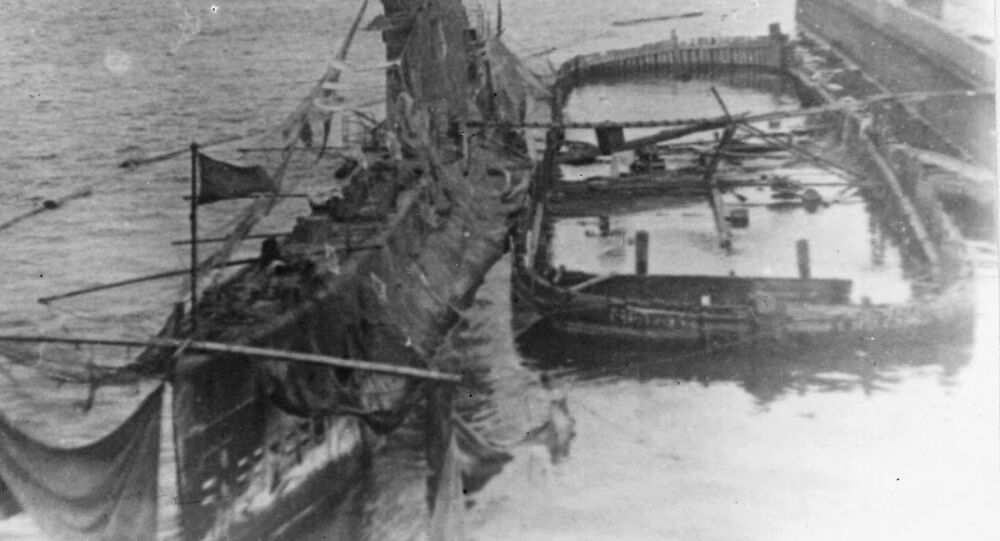 Heroes Beneath the Waves: Wreck of WW2 Soviet Sub Found off Estonian Coast

A team of Russian marine salvage hunters have found the wreckage of a sunken WW2-era Soviet submarine in waters off the coast of Estonia.

© AP Photo / Ronen Zilberman
Wreck of Captain Cook's Legendary HMS Endeavour Discovered Off US Coast
The heavily outgunned Shch-408 Schuka (Pike) submarine was sunk by German warships in May 1943 during a heroic battle for which she was proudly named The Underwater Varyag – a reference to the legendary Imperial Russian Navy cruiser of the same name famous for her crew's stoicism at the Battle of Chemulpo Bay during the Russo-Japanese War of 1904-1905.

“Until now all we knew was the area she sank at, but now we managed to find the hull and identify the Soviet submarine,” team leader Konstantin Bogdanov told RIA Novosti.

He added that they had determined that it was exactly the submarine that fought a heavily uneven battle off the Estonian island of Vaindlo and went down with flying colors.

“The hatches are all sealed, the 'sail' is riddled with holes from shells fired by Nazi warships. We now have material proof of the archival details of the sub’s final battle,” Konstantin said.

The submarine rests in 72 meters of Baltic Sea water. Both of her 45-mm cannons are turned portside and there are boxes with artillery shells and a PPSh submachine gun, apparently belonging to Captain Pavel Kuzmin, on the deck nearby.

The Russian divers were assisted in their search effort by their Finnish colleagues from Subzone Team.

Sailing off on her first tour of duty the Shch-408 made it through a minefield, but on May 21, 1943, she was sighted by a German plane, which sent naval ships in hot pursuit of the Russian submarine.

On the night of May 22 the submarine, which was already running low on electrical power and water, was forced to surface and engaged in an artillery duel with the German warships.

Radioing for help from Soviet warplanes, the Shchuka submerged again. Unfortunately, the Soviet planes, dispatched to the rescue of the stranded submariners failed to break through.

During the next two days and nights the crew tried desperately to repair their damaged sub under constant barrage of German depth charges.

By early morning of May 25 all sounds coming from the crippled sub had died out. The Shch-408 and her crew of 40 had all been killed were all dead now.