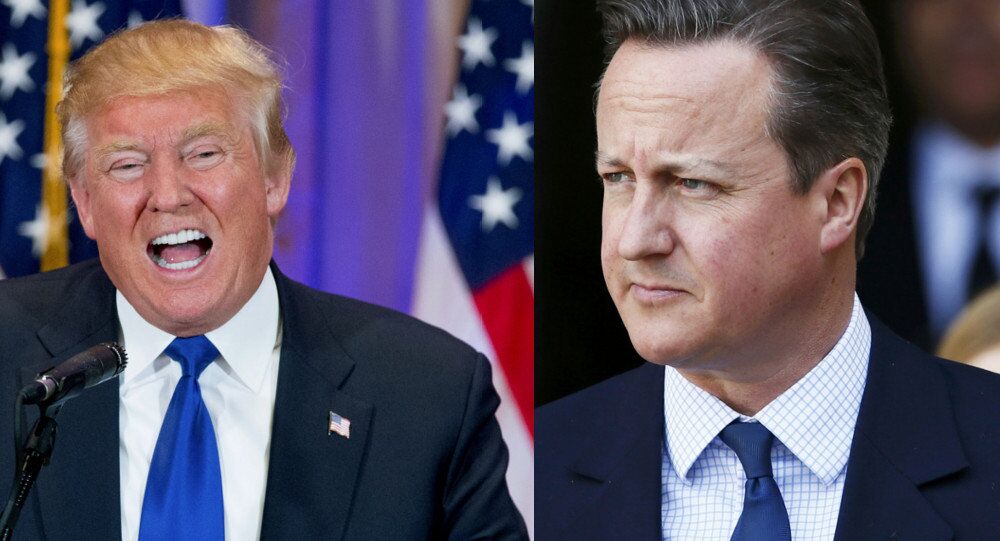 British Prime Minister David Cameron should apologize to US Presidential hopeful Donald Trump for labeling the American's remarks about Muslims as "divisive, stupid and wrong," one of Trump's advisers has said.

George Papadopoulos, an aid for the Republican Party Presidential frontrunner, said it would be "wise" for Cameron to "reach out in a more positive manner" to Trump.

This comments come after Cameron lambasted Trump's plan to implement a "total and complete shutdown of Muslims entering the United States" in December.

While debating a petition calling for Trump to be banned from entering the UK, Cameron said:

"I think his remarks are divisive, stupid and wrong. If he came to visit our country I think he would unite us all against him."

The prime minister refused to back down from his comments during a recent press conference with US President Barack Obama, however Papadopoulos told the Times newspaper that Trump would welcome any sort of approach from Cameron.

"I can't speak directly for him but it would seem that if Prime Minister Cameron is serious about reaching out, not only to Mr Trump's advisers but to the man himself, an apology or some sort of retraction should happen."

"To see Mr Cameron come out as the most vocal opponent was uncalled for. Considering that we believe that the UK-US relationship should be a cornerstone, not just of NATO policy but elsewhere, it would be wise for him to reach out in a more positive manner to Mr Trump."

© REUTERS / Randall Hill
Complete Shutdown: MPs Call for UK-Wide Donald Trump Ban Ahead of Debate
The comments come as Trump — initially seen as a outsider for the presidential candidacy — firmed as the Republican party's candidate for this year's elections following the withdrawal of rival 'red' Cruz from the race.

While many general citizens and Republican Party members have been shocked by Trump's comments and rhetoric throughout his campaign, his popularity continues to rise, with the 69-year-old business tycoon expected to take on Hillary Clinton in the US Presidential elections in November.