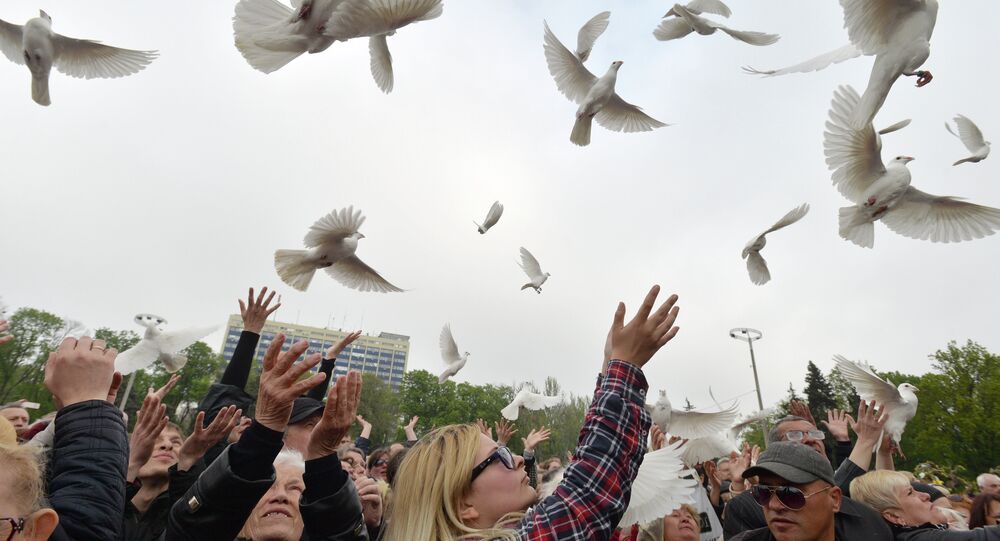 Discussing the necessity of the memorial, Wilayto observed that the unarmed protesters killed in the Odessa massacre at Kulikovo Square were not denying the government's legitimacy, but were instead seeking the federalization of Ukraine; a system in which specific regions of the country would receive a different status and a certain degree of autonomy.

"They did not call themselves revolutionaries, they did not try move away that government, that's the important point."

He noted that the Maidan coup did not bring an entirely ‘fascist government to power, and that there are still controversies with this government."

Wilayto explained that a group of activists called the "Odessa Mothers Council" (OMC) has consistently held a small memorial at the square every week since the incident. The OMC has repeatedly urged the government for an investigation of the events by international representatives. The current government did initiate a formal investigation, but, said Wilayto, there have been no charges brought, and none have been held accountable for the deaths.

Regarding this year's memorial, Wilayto explained that a non-government organization "Automaidan-Odessa" wanted conduct a mass event, a ‘mass training,' involving pyrotechnics and weapons replicas at Kulikovo Square the very same day. However, the city court banned the organization from conducting events at the square between May 1-10.

Yesterday, May 2nd, 2016, the square was locked down after a bomb alert. Squads of violent extremist group members, including those of the notorious "Right Sector," were present near the square, but neither this or the later debunked bomb alert stopped the thousands of people from gathering near the trade union house to pay their respects to the victims of the tragedy.

Wilayto mentioned that the UNAC received the endorsement for the OMC from 150 human rights groups from 22 countries. These endorsements urge the Ukrainian government to allow the memorial to be conducted, to ensure safety and security during the event, and to conduct an investigation into the 2014 events. Wilayto mentioned that the US State Department released the statement on April 26, condemning the 2014 massacre, supporting this year's memorial and calling for the investigation. The move by the US is important, says Wilayto, because the State Department "has been silent on this issue virtually since the massacre, as well as entirely all the US and European press."

"We would like to continue to support, when necessary, these brave men," Wilayto said, "who came unarmed — with flowers — in face of armed fascist organizations. This is a testaments: they are stopping fascists."