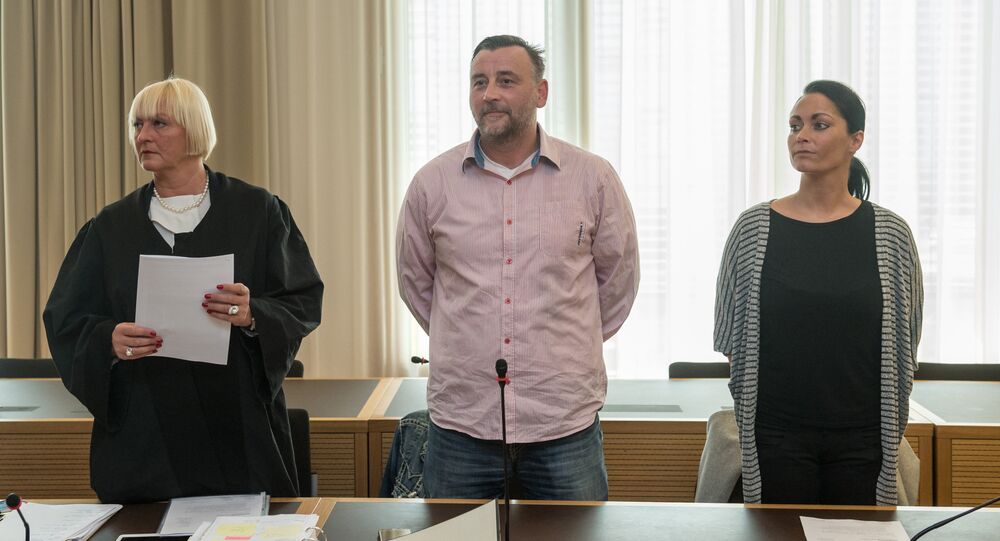 The district court in Dresden said Lutz Bachmann, founder of German anti-Islamization group Pegida, would have to pay 9,600 euros ($11,000) for insulting refugees on Facebook,

The district court in Dresden said Lutz Bachmann would have to pay 9,600 euros ($11,000) for insulting refugees on Facebook, the German daily newspaper Bild said.

The controversial comments were allegedly posted on the social networking website back in 2014 and were reprinted by Anonymous News Germany. The 43-year-old far-right activist denied making any xenophobic remarks.

© AFP 2020 / Oliver Berg
Pegida Leader Faces Trial for Allegedly Calling Refugees 'Scumbags'
The state prosecutor reportedly asked for a 7-month prison sentence for Bachmann. The ruling has not come into force yet, according to Bild.

Pegida, an acronym for Patriotic Europeans Against the Islamization of the West, emerged in October 2014 in the eastern German city of Dresden, where it attracted hundreds and later thousands of supporters during weekly anti-Islamization marches.

Some 20 Arrested During Pegida Anti-Islamization Rally in Amsterdam