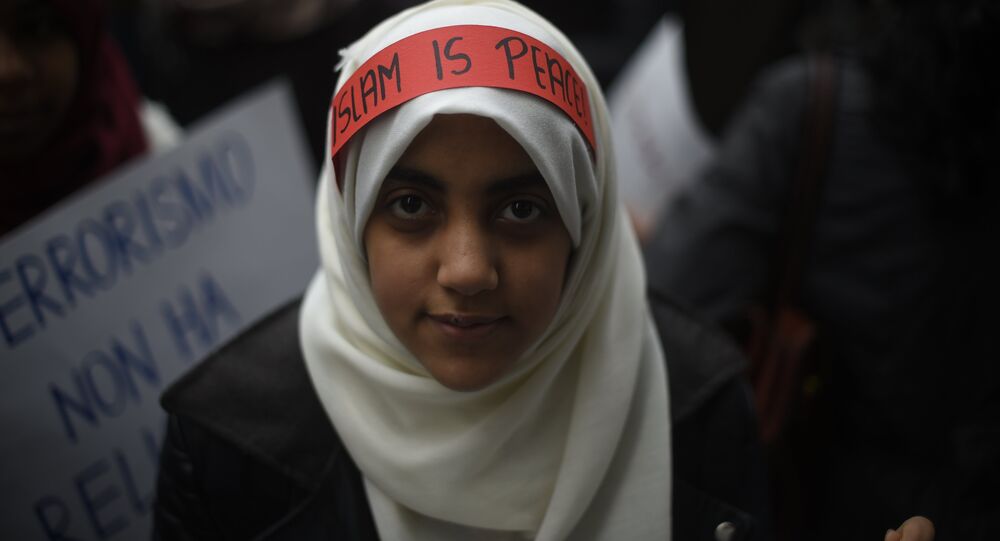 A total of 429 anti-Muslim threats or hate crimes were reported in 2015, up from 133 the year before, peaking after Daesh extremists attacked the Charlie Hebdo magazine offices and a Jewish supermarket in Paris and the November 2015 attack on the Bataclan music venue and surrounding cafes, resulting in the death of 130 people.

However, despite the number of hate crimes against Muslims in France following the terror attacks in Paris tripling, a new report reveals tolerance levels are rising towards minorities.

In its annual assessment of racism, xenophobia and intolerance levels in France, the National Consultative Commission on Human Rights (CNCDH) report found that after the spike in racism during 2014 and 2015 — tensions among different communities are dwindling in 2016.

The survey by CNCDH is based on 69 questions and concludes that:

"The tensions around identity issues, which have risen in recent years, have greatly improved."

The report also noted a "consequential increase" in complaints of hate crimes increased by over 22 percent to 2,034 in 2015 towards minorities.

"The conflicts within French society are dwindling and racist behavior and remarks are deemed increasingly intolerable," the government-backed report concludes.

However, a recent survey by the IFOP polling company for French newspaper Le Figaro, found that 63 percent of respondents regarded Islam as too visible in the country and 52 percent said they opposed the building of mosques.

Thousands of Radicals Under Surveillance in France