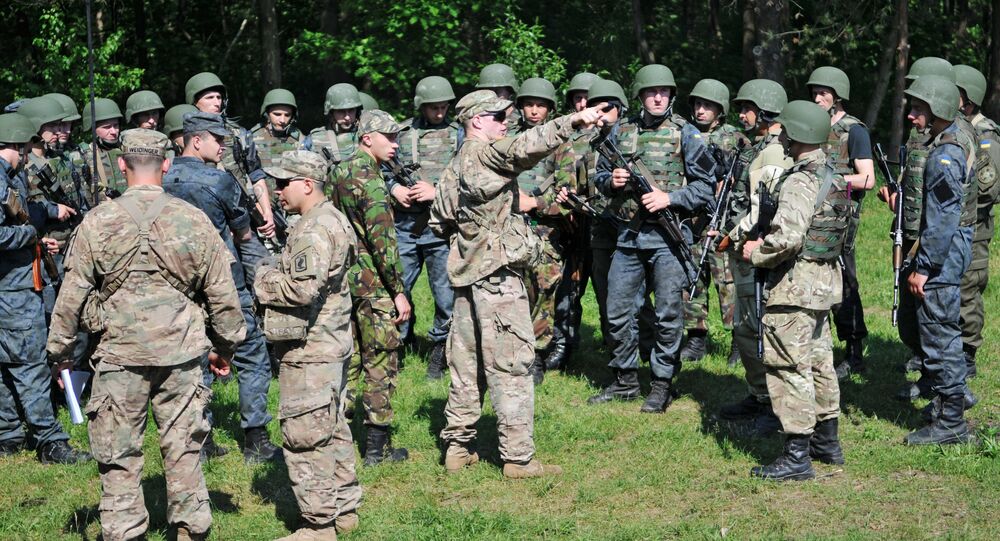 Moldova starts joint military drills with US on Tuesday, according to the Moldovan Defense Ministry.

The exercises to be held until May 20 will involve 198 soldiers from the 2nd US Cavalry Regiment and 165 Moldovan servicemen.

© AFP 2021 / STR
How Soros-Funded NGOs Disrupt Real Democracy Around Russia's Borders
Besides, the US side provides 58 pieces of military hardware to participate in the drills with the stated goal of boosting “interoperability between the two armies.” Many of them will be demonstrated to the public in the center of the country's capital Chisinau on May 9, when former Soviet republics celebrate the anniversary of the Victory over Nazi Germany.

Last week, the leader of the Party of Socialists of the Republic of Moldova, Igor Dodon, criticized US presence in Chisinau on May 9 and march of the US vehicles via the Moldovan territory.

"Carrying out a march of NATO vehicles in Moldova can only be described as the military occupation of the country. It is a rough slap to the Constitution of the Republic and to the Parliament that adopted the declaration on permanent sovereignty and neutrality of Moldova," Dodon told Sputnik.

While crossing the Moldovan border, the column of US military vehicles has been temporarily blocked by the lawmakers from the Party of Socialists of the Republic of Moldova and civil activists, earlier in the day Dodon told reporters earlier in the day.

Are Moldova Bank Fraud Protests a 'Creation' of US State Dep't?