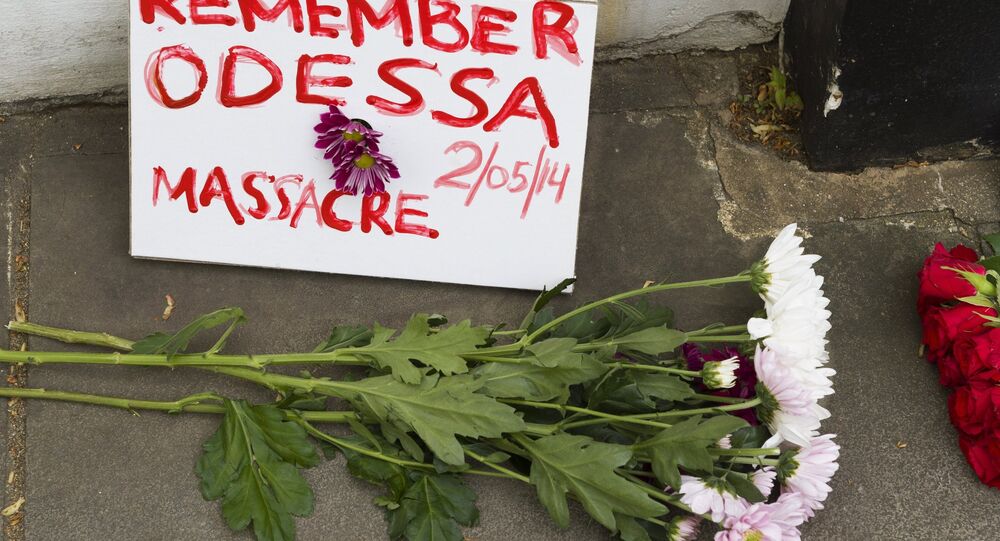 EU delegation to Ukraine head advised Kiev to conduct an independent and transparent investigation on the May 2014 Odessa autrocity.

MOSCOW (Sputnik) — Kiev should carry out an independent and transparent investigation into the May 2014 violence in Ukraine's Odessa that saw nearly 50 anti-government activists killed, the head of the EU delegation to Ukraine said Monday.

© Sputnik / Denis Petrov
A Grim Anniversary Between Two Holidays: Remembering the Odessa Massacre
On May 2, 2014, pro-Kiev radicals blocked anti-government protesters in Odessa's House of Trade Unions and set the building on fire by hurling Molotov cocktails inside.

"Today we recall the tragic events in Odessa on 2 May 2014 that left more than 40 people dead and 200 injured. I urge the government of Ukraine to follow up on the recommendations of the Council of Europe International Advisory Panel and to carry out an independent and transparent investigation," Jan Tombinski said in a statement on the EU delegation's Facebook page.

He added that, "all those responsible for the crimes must be brought to justice."

In late March, Global Network Against Weapons and Nuclear Power in Space Coordinator Bruce Gagnon told Sputnik that not a single perpetrator of the 2014 Odessa massacre had been prosecuted despite abundant video and photo evidence.