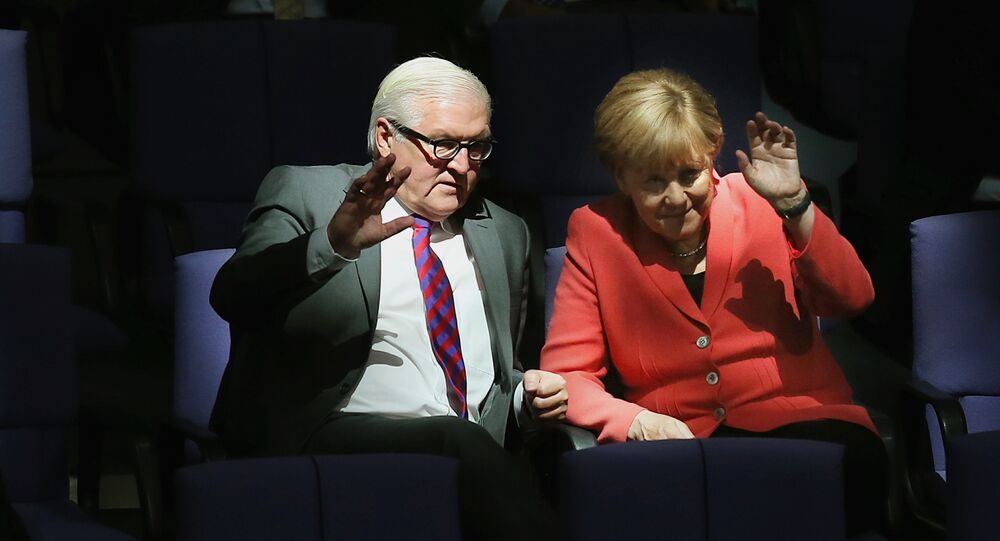 The German chancellor has refused to give her support to German Foreign Minister Frank-Walter Steinmeier in his bid to become Germany's next president, Der Spiegel reported.

According to the report, Merkel, who is head of the Christian Democratic Union (CDU), has told SPD leader and Minister for Economic Affairs Sigmar Gabriel that she cannot afford to back an SPD candidate prior to Germany's federal elections in autumn 2017.

Gauck, 76, is set to make an announcement on his political future in early spring, and indications are that he will not run again.

Steinmeier, who has served as German Foreign Minister since 2013, has reportedly spoken privately of his interest in the office of president.

However, since no party has an absolute majority in the German Bundestag he would need the support of the CDU and its Bavarian sister party the CSU, with which the SDP is currently in a coalition government, to stand a chance of becoming President.