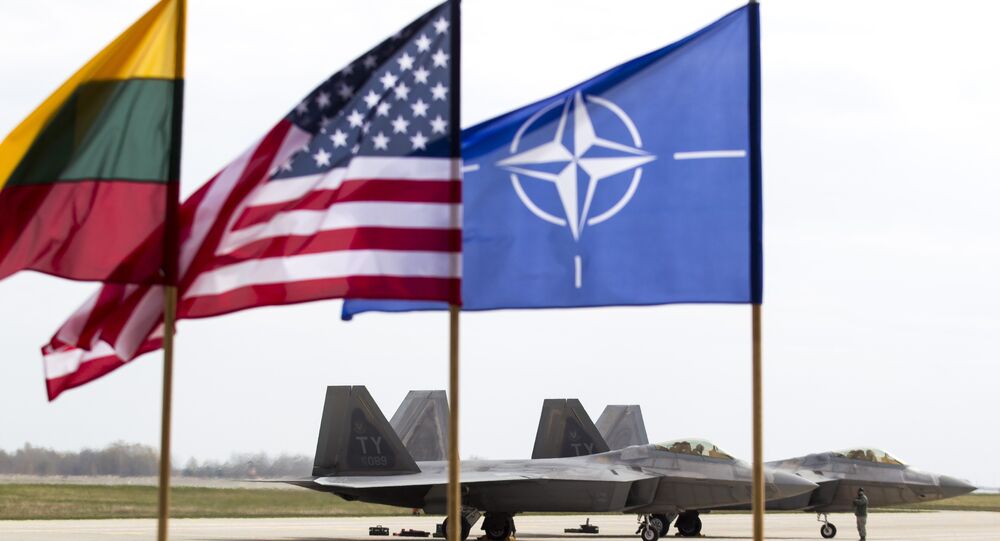 NATO to Deploy 4 Battalions in Baltics to Deter 'Russian Threat'

Three leading members of the North Atlantic Treaty Organization (NATO) are preparing to deploy four battalions of about 4,000 troops in the Baltics to counteract the perceived Russian threat, US media reported Friday, citing Western military officials.

© AFP 2021 / IAKOVOS HATZISTAVROU
Four UK Jets to Take Part in NATO Baltic Air Patrol Mission Until August
MOSCOW (Sputnik) – The United States planned to contribute two of the battalions, while the United Kingdom and Germany would provide one each at the military alliance’s eastern flank, according to The Wall Street Journal.

"The Russians have been doing a lot of snap exercises right up against the borders, with a lot of troops… From our perspective, we could argue this is extraordinarily provocative behavior," Deputy Defense Secretary Robert Work told the media during his visit to Brussels confirming the scope of the reinforcement.

German officials reportedly said they were deliberating plans, ahead of the July 8-9 NATO summit in Warsaw, to lead a battalion based in Lithuania. A final decision has not yet been reached, the newspaper claims.

US Army Gen. Scaparrotti to Assume Command of NATO Forces in Europe May 4