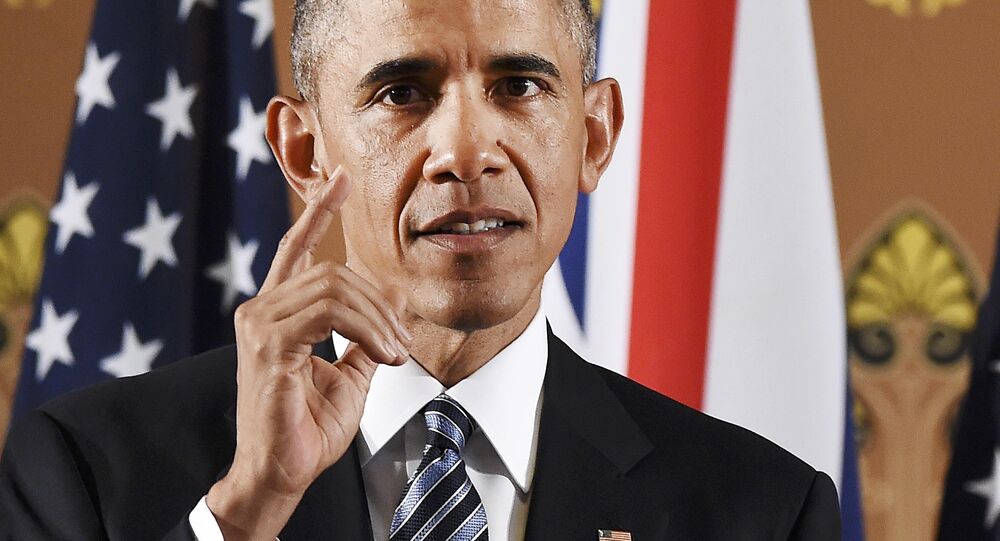 US Fears Losing Europe to Russia If Brexiteers Get Their Way

The prospect of the UK leaving the European Union is becoming more likely, given the power of persuasion that the Brexit campaign appears to be having. It is for this reason that the United States is viewing a British exit from the EU as a threat to the long-established relationship with a strategic ally in Europe.

When President Obama visited the UK, his goal was clear — he did not want to see the UK leave the EU. His reason stems from the deeply close and strategic relationship that the UK and the US have had for decades.

@AmbroseEP Didn't you write an article about that when the docs were declassified by Us administration? Time to exhume it!

Telegraph columnist Ambrose Evans-Pritchard, wrote an article on the 'deeper than deep' love that the EU and the US have for one another, stating that the 'Leave' campaign has misjudged how important international allies are to the debate.

"The leave campaign need to develop a policy that will reassure the international community that Brexit is a good idea. If they can't, they will lose the vote," Mr Evans-Pritchard told Sputnik.

Evans-Pritchard's article highlights the CIA-linked groups that have invested money into Europe: "The key CIA front was the American Committee for a United Europe (ACUE), chaired by Donovan. Another document shows that it provided 53.5 per cent of the European movement's funds in 1958."

Public to Obama: we love you, but stay out of EU debate – https://t.co/LE6zBKxa9k pic.twitter.com/0wl0wOItf7

The columnist believes the Brexit team have ignored this crucial group and they should explain to the world their position on Brexit.

However, it is not just the misjudgement of the importance of the international community that is under inspection. The risk of the UK leaving the EU is a big threat to the US, who would see this as paving the way to the unraveling of other EU member states.

"Everything that happened in the last two years with Russia, Crimea and Ukraine, and began earlier with Georgia in 2008, exposes the vulnerability of the US strategic position in Europe… It exposed [US] vulnerability, [the] Americans concluded," Mr Evans-Pritchard said.

© AFP 2021 / Mandel Ngan
Obama: US-UK Trade Deals to Take Decade to Complete in Case of Brexit
"There is this feeling that if Britain goes away from the EU, everything will unravel and these countries will be picked off one by one," Mr Evans-Pritchard said.

Mr Evans-Pritchard believes that the Russia-West relationship is lingering in the background and affecting the Brexit debate.

As the debate on whether to remain or leave the EU continues, one thing is certain — the outcome of the referendum in June is not one to be taken lightly and looks like it will be a much watched event on both sides of the Atlantic.

Time to Admit: Russia is the 'Great Power That Refuses to Go Away'

Broke and Paranoid...How the US Risks Nuclear War