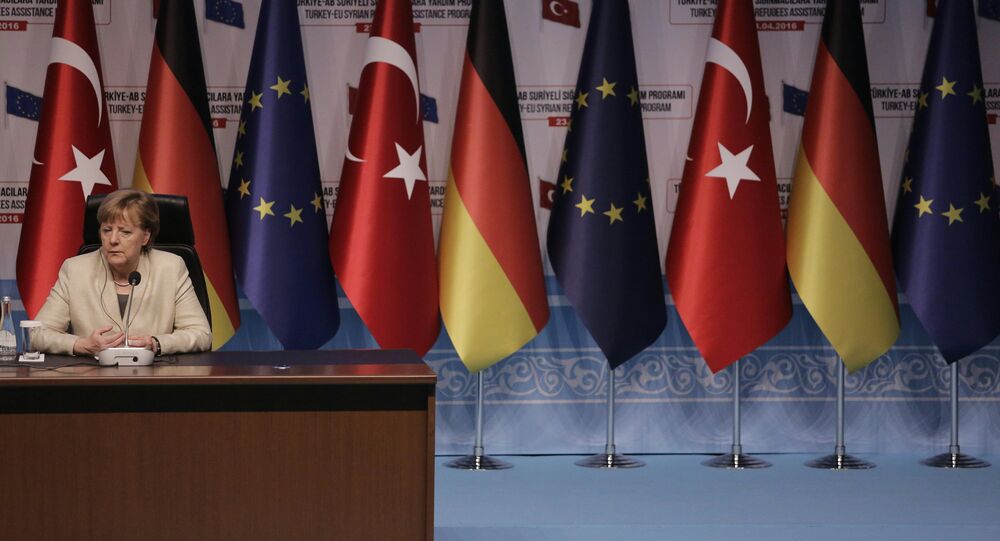 Lawmakers in the European Parliament have slammed the EU-Turkey agreement over migrants as bypassing "democratic procedures, flouting international law," saying, "Europe is divided, paralyzed and weak. And [Turkish President] Erdogan knows it."

Speaking in the European Parliament, the Alliance of Liberals and Democrats for Europe, Sophie In' t Veld said: "This so-called agreement is extremely fragile, both legally and in practice. We outsource our problems, hope Turkey and other countries will keep refugees away from our doorstep.

"Europe is divided, paralyzed and weak; Erdogan knows this. The only answer to this is European unity."

Under the terms of the agreement, brokered at the last minute at a summit in March, all new "irregular" migrants and asylum seekers arriving from Turkey to the Greek islands after March 20, whose applications for asylum have been declared inadmissible, are being returned to Turkey. Under the agreement, the European Union will resettle a Syrian from Turkey to the EU for every Syrian returned to Turkey from the Greek islands.

Many relief agencies — including Médecins Sans Frontières, the International Rescue Committee, the Norwegian Refugee Council, Save the Children and Red Cross — have joined the UN refugee agency UNHCR in saying the EU-Turkey deal is either immoral or illegal as the "hotspots" have become detention centers. They also say Turkey is not a "safe country" for migrants to be returned to, under the Geneva Convention.

"The EU-Turkey deal is not an agreement, it a decision made by EU Member States, loosely agreeing all sorts of things which bypass all normal democratic procedures, flouting international law. The UN has repeatedly expressed its doubts about the conformity of this arrangement with international law and human rights obligations, even in this chamber, not long ago," In' t Veld said.

Missed yesterday’s debate on the legal aspects of the #EUTurkey deal? Recap in our Storifyhttps://t.co/CA1Hv7xqHV pic.twitter.com/aFyArGpUgd

Moreover, his battle against the Kurds has drawn major criticism from human rights groups and many EU leaders.

"We hear recurring reports from human rights organizations about refugees being returned from Greece to Turkey, without being able to apply for asylum. We also get reports on the disgraceful conditions in Greek detention centers. Does the European Commission go and see for itself if the reports are accurate? And what does the Commission do about it?" In' t Veld said.

"We all know that the agreement between the EU and Turkey is the consequence of the inability of European government leaders to agree on a responsible asylum policy, based on solidarity. The reality is that we have agreed to outsource the refugee crisis to Turkey, in exchange of a lump sum."

Plan B: This is How Refugees Keep Flooding Europe Despite EU-Turkey Deal