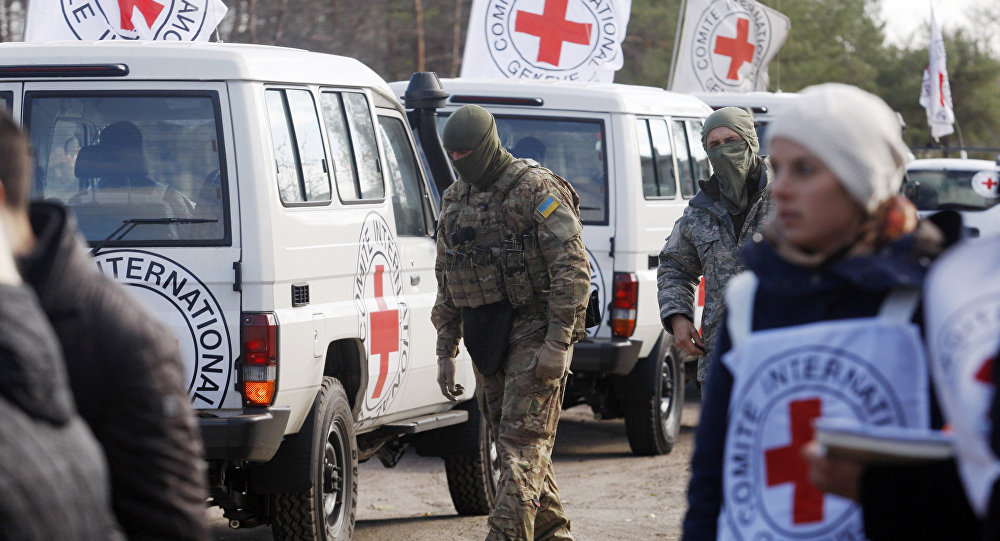 The International Committee of the Red Cross (ICRC) is still not satisfied with the current level of access to the various areas of Ukraine and to the people detained by both sides to the conflict in the east of the country, ICRC Director-General said.

MOSCOW (Sputnik) — Red Cross is still not allowed to access all locations in Eastern Ukraine, according to Yves Daccord.

“Still, today what we found difficult is to be able to access everywhere. We would like to be able to do that more, to have more access to some places,” Daccord told RIA Novosti in an interview.

According to the ICRC head, this concerns Red Cross employees’ access to persons detained in various parts of Ukraine.

“We want to be able to access prisoners on both sides, and without going to detail, yes, we would like better access <…> We will continue to ask on both sides that we are granted access. We are deeply convinced that this is a very important humanitarian element,” Daccord said.

© Sputnik / Konstantin Chalabov
Stratfor: Ukraine Should Have No Hopes of Russia Ever Giving Up Crimea
The ICRC also intends to keep the same budget in place for humanitarian operations in conflict-torn Ukraine in 2016 as in the proceeding year, Daccord added.

"It’s true last year we had a sharp increase in our operation," Daccord told RIA Novosti in an interview, adding that last year's budget was around $73 million. "This year <…> we want to maintain that."

According to the commitee head, the humanitarian needs of the local population in Ukraine have not increase this year compared to 2015 so the budget should be sufficient to the organizations activities in the country.

"I think that the critical question for us is to be able to sustain that [current budget] over time <…> I have a plan to also convince donors to support us to be able to do that," Daccord said.

Parts of eastern Ukraine have been experiencing a severe humanitarian crisis since Kiev launched a military operation there in April 2014, in response to local residents' refusal to recognize the new Ukrainian authorities.

Kiev launched a special military operation in Ukraine’s southeast in April 2014, after local residents refused to recognize the new Ukrainian authorities, which came to power as a result of a coup. The confrontation has claimed over 9,000 lives, according to UN estimates.

In February 2015, a peace agreement was signed between Ukraine’s conflicting sides in the Belarusian capital, Minsk. The deal stipulates a full ceasefire, a weapons withdrawal from the line of contact in eastern Ukraine, an all-for-all prisoner exchange and constitutional reforms, which would give a special status to the brake-away regions of Donetsk and Luhansk.

Canada to Discuss Extension of Training Mission in Ukraine - Commander

Kremlin: Russia to Be Happy If Ukraine's Association With EU Yields Success

By Illegal Means if Necessary: Ukrainians Use Fake Passports to Enter EU