A French documentary on the overthrow of the Ukrainian government in early 2014 has been temporarily removed from its May 1 broadcast on Swedish television after criticism from Ukrainian expats, Swedish SVT broadcaster reported Thursday. 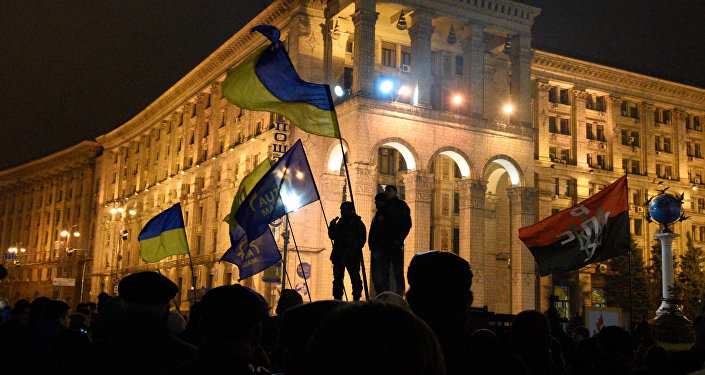 "The documentary division of SVT will wait to screen the purchased picture ‘Ukraine, The Masks of the Revolution’," the SVT broadcaster said of the investigative film that aired in the French Canal+ channel on February 1.

A group of Ukrainian migrants requested the Swedish outlet to scrap the documentary from its schedule, arguing that it distorts the perception of their country, without an accompanying discussion to "put into perspective" the presented viewpoints.

SVT Dokument project manager Axel Arno maintained that the channel has "not found any errors" in Moreira’s documentary, but said his team needs more time to decide when to broadcast the film.

"Paul Moreira is an experienced and award-winning investigative reporter who is behind many films about the world’s conflicts. I have not had reason to question his duties earlier," Arno stressed.

In addition to covering the so-called Maidan that led to the coup, "Ukraine, The Masks of the Revolution" depicts the rise of far-right radical groups, including the Right Sector, the Azov Battalion and the Svoboda political party. It also covers the deadly violence in the southern Ukrainian town of Odesa that left over 40 anti-government protesters dead.