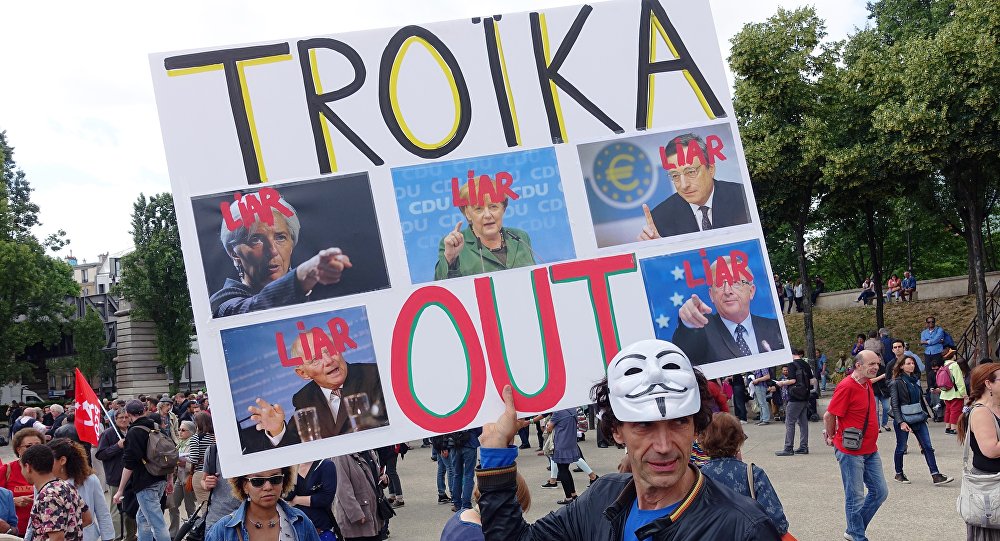 Lawmakers in the European Parliament have condemned Greece’s creditors for forcing a stalemate in the latest round of talks on the country’s bailout, which has seen demands for an extra US$4 billion in savings that could be needed in the future.

Greece’s creditors are demanding Athens guarantees an extra US$4 billion in savings that could be needed in the future if deemed necessary.

The president of the Socialists and Democrats Group in the European Parliament, Gianni Pittella said:

"We cannot ask Greece to take additional measures. This would mean that some 'hawks' want to kill Greece and we cannot allow this blackmail. The stakes are too high for Europe. We should all work to prevent a crisis in Greece in the run-up to the British referendum, especially now that – under extraordinarily difficult conditions – Greece has over-performed on its primary balance target for 2015."

He called for an extraordinary Euro Summit next week if the Eurogroup is not able to come up with a way out. "If the Eurogroup cannot find a way out, despite the efforts of the European Commission, then the political leadership of Europe should take the lead at an extraordinary Euro Summit next week. We want a fair deal for Greece which also includes a discussion on debt relief," Pittella said.

Tusk immediately summoned all the Eurozone finance ministers to an emergency meeting, telling reporters: "We have to avoid a situation of renewed uncertainty for Greece. We need a date for a Eurogroup meeting in the not distant future. In days, not weeks".

We have to avoid situation of renewed uncertainty for Greece. We need date for Eurogroup meeting in not distant future. In days, not weeks