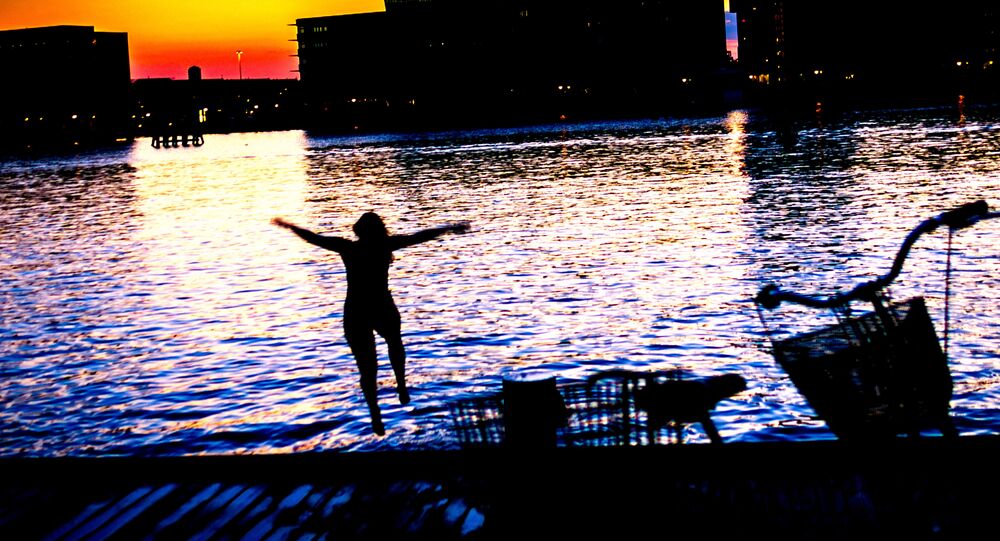 Copenhagen is witnessing a major influx of young Muslim girls flocking to swimming pools following the introduction of segregated hours for boys and girls.

© Sputnik / Said Tsarnaev
Radicalism Causes Danes to Rethink Proposed Plans for ‘Super Mosque'
The Capital City Swimming Club HSK has touted the controversial move as a "recipe for integration," citing a huge number of immigrant boys and girls who have taken up swimming in the refugee-heavy district of Tingbjerg. However, the decision stirred strong reactions among fellow Danes, with a number of politicians and commentators rebuking it for being contrary to Danish values.

The girl-only swimming hours take place with windows and doors to the swimming hall blacked out in accordance with the religious and cultural requirements put forward by parents, reports Berlingske.

According to the newspaper, 246 girls of non-Danish ethnic origin between the ages of five and 12 have taken up swimming since the introduction of separate girl-only sessions.

"We have gone from zero to several hundred girls, and we have successfully targeted a specific group, which would otherwise have no access to swimming due to religious ramifications," Lars Sørensen, director of HSK, told Berlingske.

"It is utter craziness to meet these demands. Swimming pools are in desperately short supply, so we shouldn't be closing them down by putting curtains in front of the windows and signs saying ‘just for girls' just to meet the demands of religious fanatics," Ebbesen told Berlingske.

According to the politician, Muslim girls are welcome to take part in sports clubs on the same basis as everybody else. "Every time we meet these demands, we are destroying the society we've worked so hard for," he continued.

Meanwhile, Rikke Lauritzen of the left-wing Red-Green Alliance, who is responsible for the financial support for community projects in Copenhagen, said that Ebbesen should "chill out" and called the swimming initiative "super cool".

Last year, a number of swimming pools in Denmark's neighboring country Sweden introduced segregated hours and facilities following a row of groping incidents. Ironically, this segregation was largely lauded by the country's feminists, who otherwise happen to strive for gender equality.