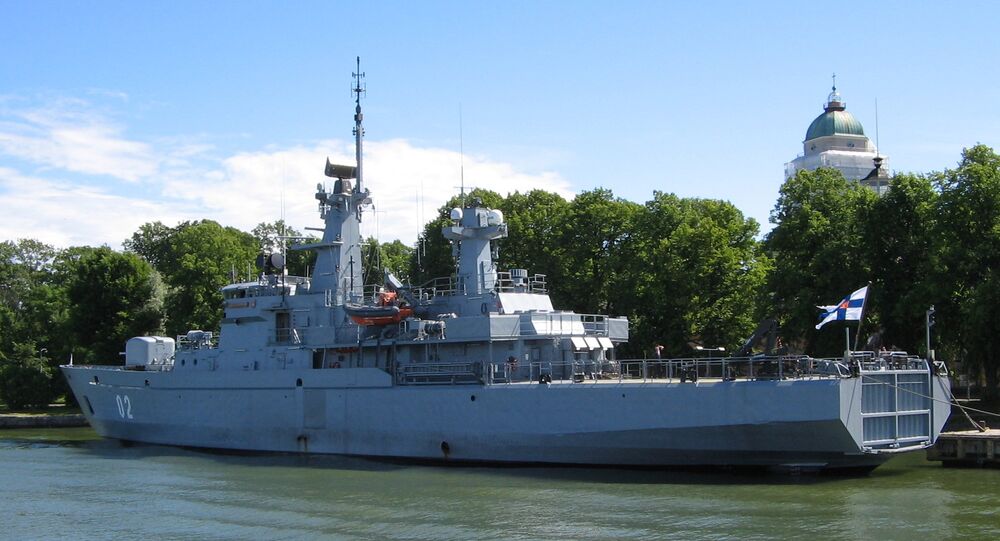 A statement by Finland's Navy revealing plans to take part in several international exercises sparked protest demonstrations outside its headquarters in Turku. The protesters, predominantly from the Finnish Peace Committee, voiced their concerns over the arrival of US Marines in Finnish territorial waters.

This summer, Finland's Navy plans to engage in a number of large-scale international exercises, NATO-led BALTOPS held from June 5 to 14 being the principal event. Remarkably, Finland and its neighbor country Sweden, which both have a record of non-alignment, are the only non-NATO participants.

© Flickr / Magnus Fröderberg
Only Fools Rush In: Sweden and Finland Barging Into NATO's 'Open Door'
According to a previous NATO statement, the major fleet exercise with 17 countries taking part aims at "demonstrating the interoperability of NATO allies and partners and to assure nations of NATO's commitment to the security and stability of the Baltic Sea region."

One section of the exercise is scheduled to be held in the Syndalen training ground on Finland's southernmost Hanko peninsula, with Finland acting as host and welcoming forces from the US, United Kingdom, Netherlands, Italy, Germany and Sweden.

Navy Chief of Staff, Rear Admiral Juha Vauhkonen revealed to Finland's national broadcaster Yle that the main goal is to "practice maritime crisis management." He added that a landing on the Swedish isle of Utö in the Stockholm archipelago is planned.

© Sputnik / Alexei Danichev
‘Neutrality is Beautiful’: Majority of Finns Want to Stay Away From NATO
On the whole, Finland will contribute about 600 troops to the BALTOPS war games, which are to be held on Finnish soil for the first time since they began more than 40 years ago. Additionally, Finland, which has taken part in the BALTOPS maneuvers since 1993, will be represented by the minelayer FNS Uusimaa and the Uusimaa Brigade marine infantry unit located in Dragsvik, a Navy statement specified.

This year's edition of BALTOPS will feature a total of 49 vessels, 61 aircraft and three submarines. Prior to BALTOPS, Finland and Sweden plan to engage in a bilateral exercise dubbed SWEFINEX 2016 in May in the vicinity of the Swedish island of Gotland, which is set for a thorough militarization following Sweden's apprehension of a "Russian invasion."

On a #navy missile boat on our way out from #Helsinki. pic.twitter.com/ifvAJdF1Bn