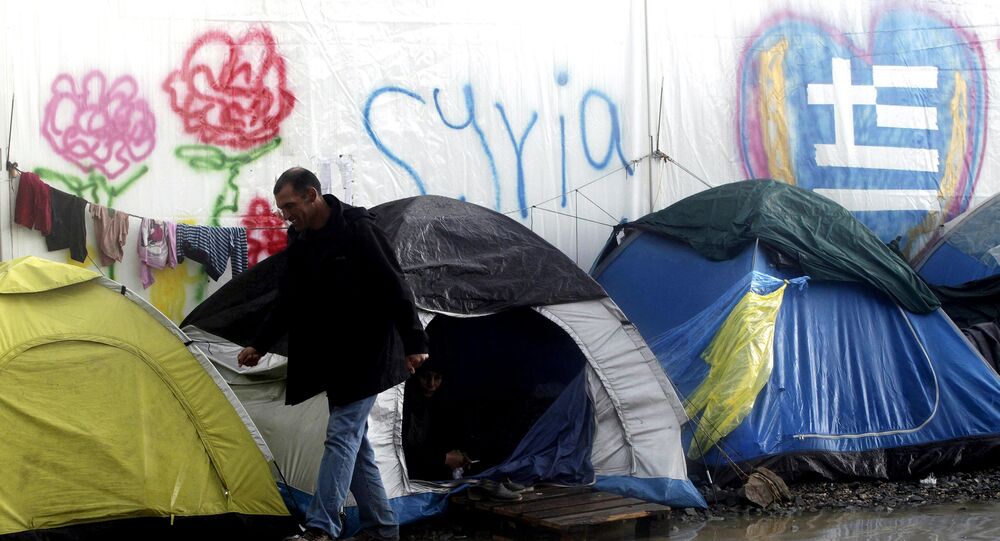 Around 50,000 people remain stranded across Greece as the EU tries to negotiate its complex asylum rules. Meanwhile, authorities have resumed deporting "irregular migrants," following a controversial deal between the European Union and Turkey.

As far as the European Union is concerned, deporting asylum seekers breaks the business model used by people smugglers. It has also emerged that many people have been forced back without their bags or official documents and for those lucky enough to have a cell phone to contact family members — have had them confiscated by Turkish authorities.

"The EU spins the deportations for Greece as 'breaking the cruel business model of smugglers,' even though many refugees see smugglers as a lifeline to safety. Indeed, absent rights safeguards in Turkey and Greece, the EU deal is cruel in its own right, and a violation of international law," Fred Abrahams, associate director at Human Rights Watch said.

Since April 4, the EU's border agency Frontex has deported 375 people from three islands; the same border agency that replaced the search and rescue operation in the Mediterranean in October 2014.

Fabrice Leggeri speaks at WMU #MigrationBySea Symposium about role of @Frontex and the migration crisis pic.twitter.com/SZl6Or52lI

The European Union policy to scale back its rescue mission has been accused of being complicit in the number of migrant deaths at sea in a recent report titled 'Death by Rescue.'

© AFP 2021 / Aris Messinis
EU Complicit in Migrant Deaths: Co-Author of 'Shocking' Report to Sputnik
And as the situation deteriorates in Greece and deportations increase, migrants will be once again forced to find alternative routes to Europe, putting their lives at greater risk.

Meanwhile, migrants stuck on the country's border with Macedonia have a somewhat clearer idea.

Asylum seekers in Idomeni have been handed a letter from the Greek Ministry of Interior by police saying that the borders "will remain closed," and instructing people in Idomeni to move to "camps run by the Greek state, in a fast and coordinated way, under the responsibility of the Greek authorities."

Violence has repeatedly broken out at the makeshift camp in Idomeni between different groups of refugees and asylum seekers — and police.

© AFP 2021 / Daniel Mihailescu
A man carries a child on his shoulders at the migrant and refugee makeshift camp near the village of Idomeni on the Greek-Macedonian border on April 16, 2016.

They now have no choice but to leave and register at and four new camps in Thessaloniki.

UPDATE: This letter was distributed by Greek authorities to the 1000s of families stuck at #Idomeni today. pic.twitter.com/Jo8OutS4Tt

But for the thousands other migrants stuck in asylum processing centers on mainland Greece, who arrived before the controversial deal with Turkey was made, their destiny remains in limbo.