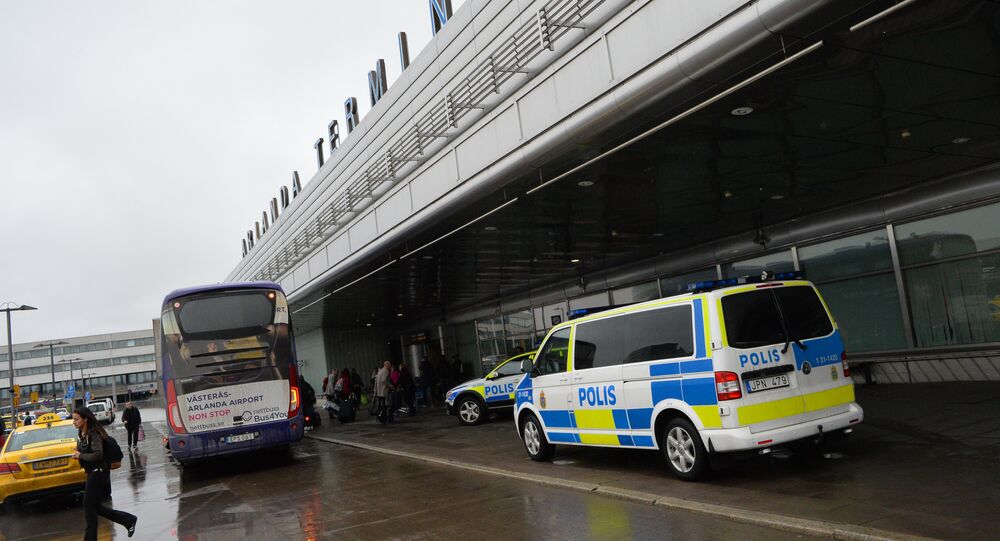 Intelligence information on possible terror threat aimed against Sweden has triggered a response from Sweden's Security Police Säpo, which is now running at full capacity.

© Wikipedia /
Stockholm Turns to Mecca: Swedish Scandals Reveal Rise of Islamist Extremism in Politics
Earlier, the Expressen tabloid wrote that Iraq's intelligence service had tipped off its Swedish colleagues about a group of at least seven Daesh terrorists who had made their way to Sweden. However, Säpo did not confirm the report and Interior Minister Anders Ygeman would not comment either.

"I can confirm that Säpo is intensively assessing the information received. It is of such a nature that it cannot be dismissed. We are currently collecting information and intelligence," press officer Sirpa Franzén told the TT newswire.

A spokesperson for Swedavia, which operates ten of Sweden's largest airports, including Stockholm's Arlanda, said it was keeping an eye on the situation, but would not increase security for now.

© AFP 2020 / TT NEWS AGENCY / STIG-AKE JONSSON
Swedish Police Not Sure They Can Handle Terrorist Threat
"The threat level against Sweden has not been upgraded and we have not been given any information. The security situation is therefore the same as before," Ulf Wallin told Swedish Television.

However, both Säpo and the Police National Operations Department have reportedly stepped up safety measures.

"That is not unusual in itself. We have special events upcoming, such as football matches, Eurovision Song Contest, and King's birthday. This means that we can use all of the region's resources," Stockholm Police spokesperson Carina Skagerlind told Swedish Television.

© Flickr / Ian Packer
Double Trouble: Sweden Launches Crackdown on Terrorism Amid Soaring Crime
Meanwhile, Norwegian officials were ordered to keep an eye on the situation in Stockholm as the Norwegian Royal Family's plans to attend the Swedish king's birthday party.

Terrorism expert Hans Brun of King's College in London says it is not unreasonable to anticipate a Daesh attack in Stockholm, although the risk is much greater in France and the UK, he adds.

"Based on what we already know of the Paris and Brussels attacks, this makes perfect sense. They are primarily interested in civilian targets," Brun told Swedish Television.

"However, Sweden is not a priority. The threat is likely much higher against other countries like France, Germany, Belgium and Great Britain," he said citing the international campaign against Daesh.

Besides the risk of "imported" terrorism, the risk of home-grown radicalism has been mounting in Sweden. Earlier, National Coordinator Against Violent Extremism Mona Sahlin called on all municipalities to join the fight against terror, urging them to assess their current situation and come with an action plan. Until now, however, only seven percent of municipalities have executed this task, whereas one fourth admitted that violent extremism existed, Dagens Nyheter reported.

One of the municipalities that followed the call is Borås, where police conducted a survey identifying up to 100 Daesh sympathizers, Swedish Radio reported.