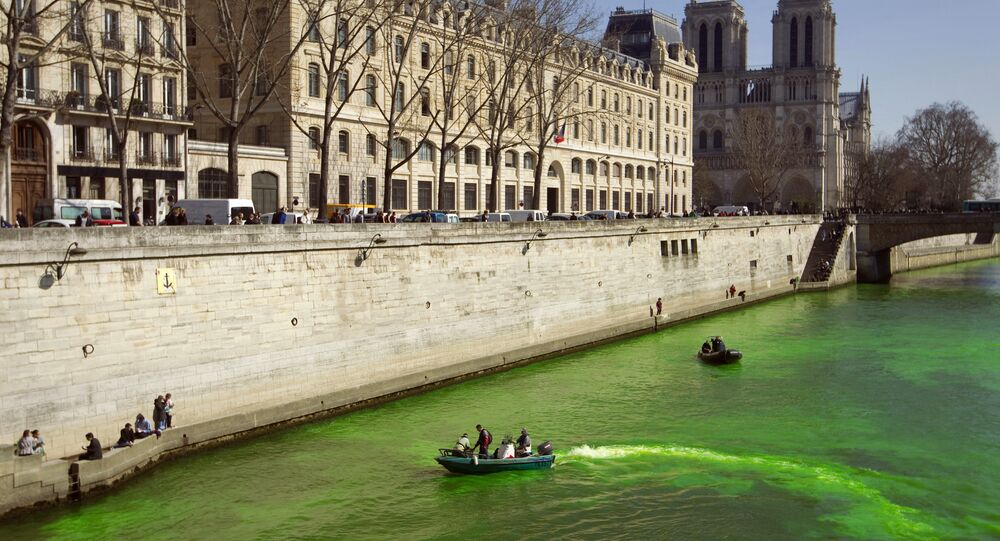 Rivers in at least 12 administrative regions across France have turned fluorescent green in recent days. It’s not pollution tough, rather it’s the work of environmental workers complaining about a lack of funding in their sector, The Local wrote.

"We want to alert the public about the need to preserve and strengthen this public service," environmental worker Patrick Chopin told Le Figaro newspaper, adding that this action was a protest.

"You can't say ecology is the priority of the country when we see that our resources are down 10 percent."

The move is was an attempt to draw public attention to the severely underfunded environmental protection sector.

“Right now, the environment is very à la mode, everyone knows the consequences and that it’s something very important. On the other hand, we have more and more missions and less and less means to accomplish these missions,” Yannick Pognart, an environmental inspector, told Le Figaro newspaper.

When asked how they achieved the brilliant green color exactly, Yannick Pognart said they used a totally harmless colorant to show the path pollution takes in the water.

“It’s a strong visual, but it’s completely safe. The fish don’t even notice,” he assured.

Beijing to Spend $2.5Bln to Curb Environmental Pollution in 2016