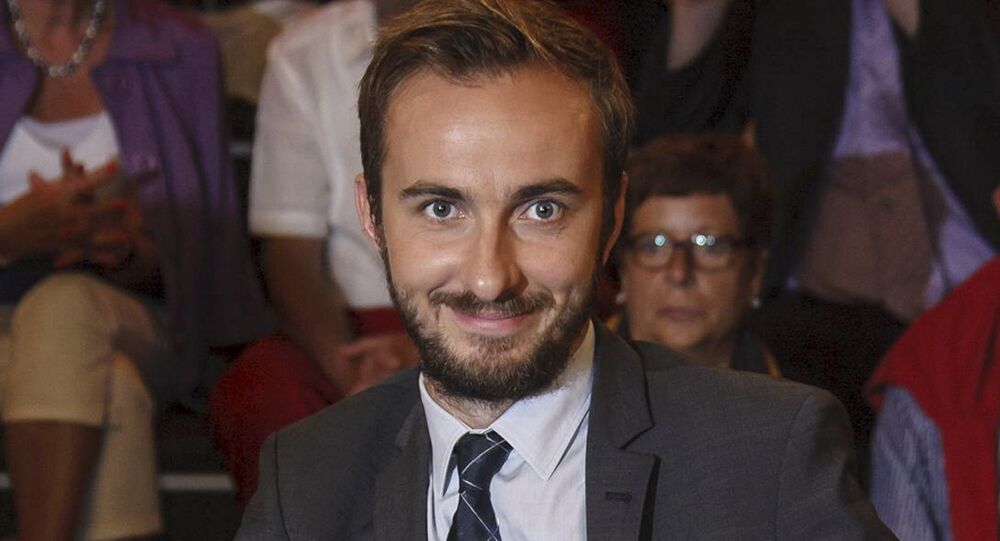 Prosecutors in the southwestern German state of Rhineland-Palatinate plan to question the German comedian who mocked the Turkish president on air before determining whether to pursue a criminal case against him, the lead prosecutor said Tuesday.

© REUTERS / Morris Mac Matzen, Fabrizio Bensch
Merkel Mocked for Decision to Prosecute Satirist Over Erdogan Poem
MOSCOW (Sputnik) – Jan Boehmermann is investigated under article 103 of the German criminal code, prescribing a fine and a prison term of up to 3 years for insulting foreign leaders. On April 11, Turkish President Recep Tayyip Erdogan requested Germany to prosecute the comedian under the rarely used law for reciting a poem on late night TV suggesting sexual transgressions on the Turkish leader to emphasize the difference between freedom of speech and the media in the two countries.

"The accused, for whom so far no defender has been appointed, is to be granted a hearing," lead prosecutor Andreas Keller said in a statement published on the Rhineland-Palatinate state government website.

Keller added that prosecutors would decide after the interview whether the case merits further investigation.

Last week, Berlin allowed the launch of an investigation against Boehmermann over the controversial poem targeting Erdogan. Since then, German officials and lawmakers sought to scrap article 103 of the German criminal code, which if approved would enter into force in 2018.

Boehmerman said in a Facebook post Monday that he planned to return to television after a self-imposed sabbatical on May 12.