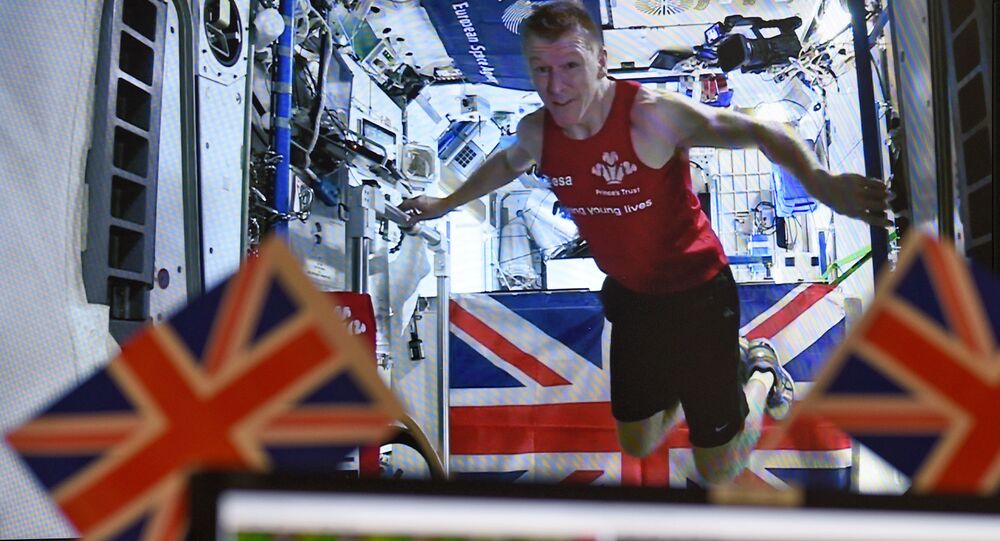 The cheering crowds, the familiar sights and the unpredictable British weather... They're all synonymous with the experience of running in the London Marathon. Unless that is, you're in space.

As thousands of runners gathered in the UK capital on Sunday for the annual London Marathon, astronaut Tim Peake was busy strapping himself to a treadmill on the International Space Station, using a special harness allowing him to run the 42k race in zero gravity conditions.

Unlike his fellow runners, Peake was nowhere near the streets of London; instead he used a special application which mirrored his speed to display the course on an iPad. The Astronaut was in fact somewhere over the Pacific Ocean for most of the race.

A record number, almost 40,000 runners, are taking on the 36th #LondonMarathon this year pic.twitter.com/PawodkcxoZ

Peake is a seasoned long distance runner, though this was the first time he'd taken part in the London marathon since 1999, when he was still in his twenties.

Huge numbers of people take part in the marathon every year, and many do so to raise money for charity — Tim Peake's run this year was in aid of the Prince's Trust.

Finishing at 3 hours, 35 minutes and 21 seconds, Peake entered the record books as the first man to complete a marathon in space. It is worth mentioning however, that he wasn't the first person to scoop that record — NASA's Sunita Williams got there first, during the 2007 Boston marathon.

Strenuous though the experience of running a marathon in space might sound, it's actually not that much more exercise than normal for a resident of the International Space Station.

Astronauts exercise for around two hours each day, in order to maintain muscle strength — which doesn't make a great deal of difference in zero gravity, but if it deteriorates too much they can struggle to walk when they return to Earth.

Peake is only the second British person in space — the first being Helen Sharman, who visited the Mir Space Station in 1991.

Peake is currently nearing the end of a six month stint on board the International Space Station, from which he's due to return in June.

Astronauts Go for a Spacewalk to Repair ISS