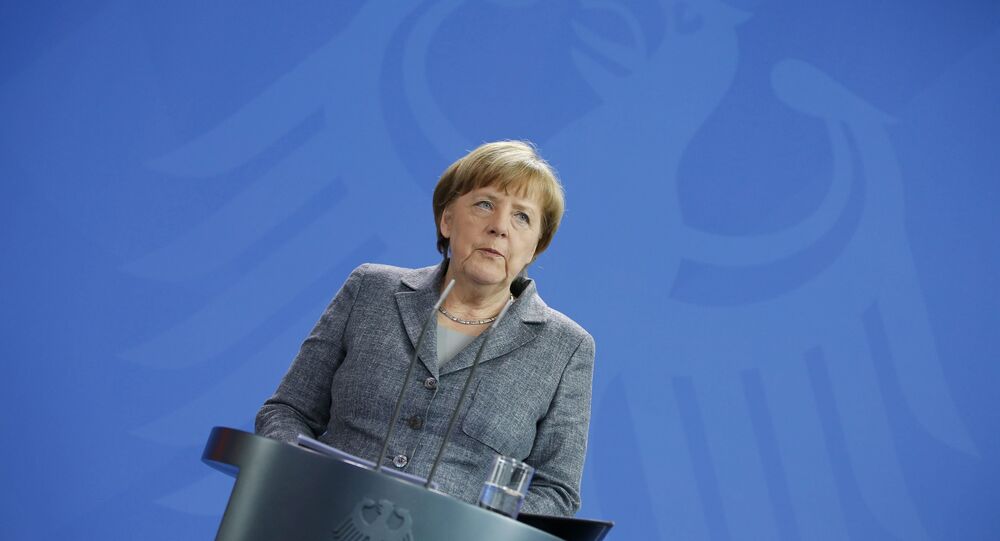 Merkel called on Saturday to establish security zones in Syria.

Speaking at a press conference in Turkey, Merkel said that in such zones "the ceasefire should be especially enforced to guarantee a high level of security."

The German chancellor and several senior EU officials paid a visit to the Nizip camp in the Turkish city of Gaziantep near Syria's border on Saturday to assess the living conditions of some 5,000 Syrian refugees.

© REUTERS / Joshua Roberts
Erdogan Calls for ‘Terror Free Zone’ in Northern Syria to Resettle Refugees
Turkey is currently home to some 2.7 million Syrian refugees who have fled a five-year conflict in their native country. Ankara signed a deal with Brussels in March, pledging to keep Syrian refugees in Turkey in exchange for political concessions.

Turkey has long been calling for a buffer zone on the border with Syria where camps for refugees could be set up to take the load off overcrowded camps on the Turkish side of the border.

A patchy ceasefire has been in force across Syria for almost two months after the United States and Russia mediated cessation of hostilities between the government and opposition forces.