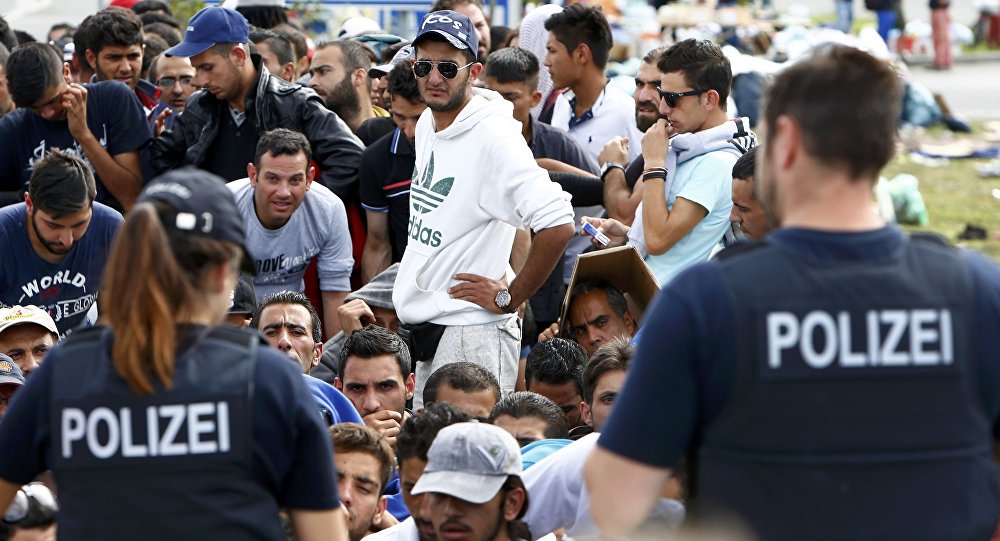 German Chancellor Angela Merkel said that she agreed with representatives of the country's 16 federal states the key points of the new migrant integration law.

© REUTERS / Michaela Rehle
Merkel's Popularity Plummets to Lowest in 5 Years Amid Migrant Crisis
BERLIN (Sputnik) — German Chancellor Angela Merkel said Friday that she agreed on a framework for the new migrant integration law with representatives of the country's 16 federal states, amid a massive inflow of asylum seekers to the European country.

Last week, the German chancellor announced that her country was due to adopt the federal law on integration to mark a new step in resolving the issues of migrant admission.

"We agreed on the key points of the law on integration… This is a very important event, because such law never existed in Germany," Merkel told reporters.

© REUTERS / Fabrizio Bensch
Germany Is To Resolve Migration Crisis by Legal Means
According to Merkel, the corresponding documents will be prepared before Bundestag goes on summer holidays.

Germany has become a key destination for the migrants fleeing war and poverty since the start of 2015. The country’s interior ministry estimates that Germany received around 1.1 million registered migrants last year alone. At the same time, German media reported, citing interior ministry officials, about 500,000 undocumented migrants currently staying in the country.

Germany Is To Resolve Migration Crisis by Legal Means

Germany Hosts Up to 500,000 Undocumented Migrants