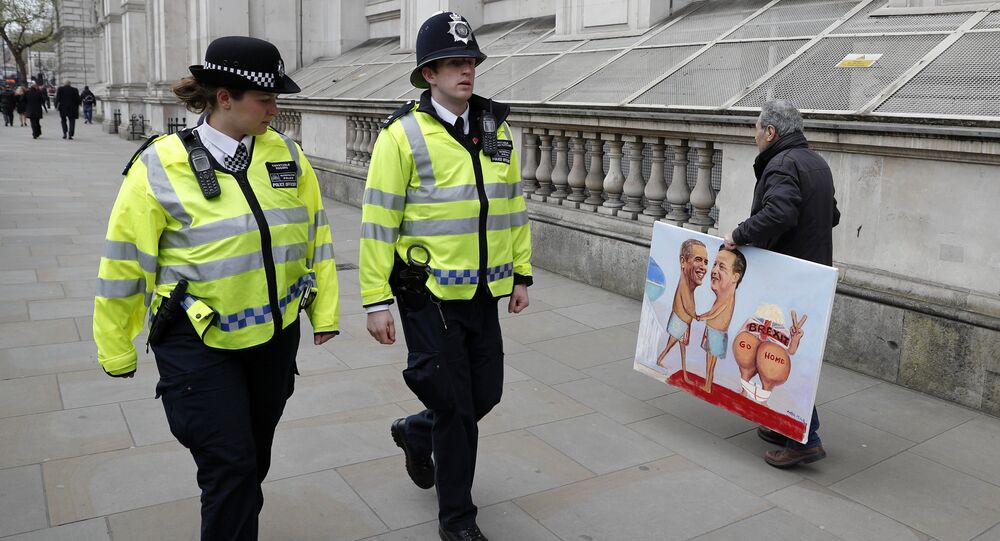 Sixty percent of UK voters think US President Barack Obama "should not intervene in the EU referendum campaign," almost 30 percent said he should, according to the poll.

© AFP 2020 / Ozan Kose
Obama Should Refrain From Taking EU Supporters' Side in Brexit Debate
MOSCOW (Sputnik) — The majority of UK voters object to US President Barack Obama’s interference in the UK campaign on the EU membership referendum, a poll found Friday.

The Sky News survey came after Obama wrote in the Daily Telegraph that Washington had a "deep interest" in the outcome of the June 23 vote on whether Britain should stay in the bloc, and warned against UK’s exit.

Sixty percent of those polled think the US leader "should not intervene in the EU referendum campaign," the Sky Data Snap Poll showed. Almost 30 percent said he should.

The same poll also found that Obama’s support for Britain to remain in the 28-nation bloc made no difference to 57 percent of respondents.

In two months, Britain will vote on whether to stay in the European Union or reestablish its sovereignty.

Supporters of UK exit from the bloc argue that EU membership has eroded UK’s independence to make laws, direct its economy and control borders, while opponents warn that exiting the EU could leave the country’s economy in shambles.