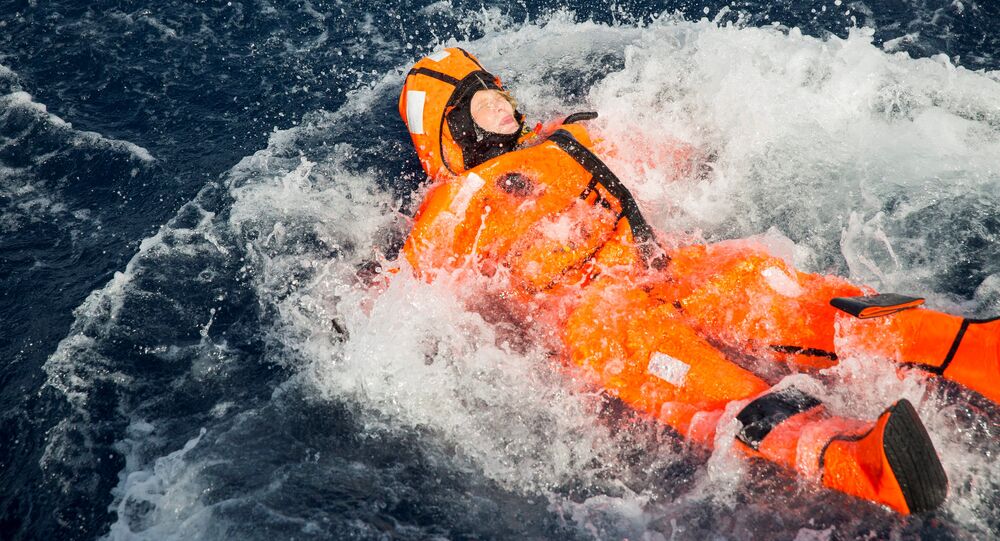 Norway's Immigration Minister Sylvi Listhaug has triggered a media backlash after notoriously taking a plunge in the Mediterranean Sea in a survival unit to experience being rescued.

​Sylvi Listhaug of the conservative Progress Party, who is renowned for her hardline stance against migration, took a plunge off the coast of the Greek isle of Lesbos, as a way to get to know the way Norwegian rescue workers operate. Unsurprisingly, she was immediately "rescued" by the crew of the Norwegian ship RSS 111 Peter Henry von Koss, reported Nettavisen.

© AFP 2021 / JONATHAN NACKSTRAND
Do the Right Thing: Norway Hopes to Sidestep Emergence of Ethnic Ghettos
According to her, floating in the sea was a chance to see things from the perspective of migrants who risk their lives crossing the sea to Europe. Listhaug has controversially argued that Norway's immigration debate is plagued by a "tyranny of goodness" and that the country should opt to spend money on foreign aid rather than accommodate asylum-seekers.

"You can't put yourself into the same situation as the refugees but you can see it from that perspective and experience how it feels," she told NTB in an attempt to explain her dive.

Obviously, she was hoping to voice sympathy for refugees, but the publicity stunt immediately backfired, as the Norwegian left lit up the social media with snide remarks over images of Listhaug floating in an orange full-body suit.

"How about opening the window to really know what it's like to be homeless?" Karin Andersen from the Socialist Party tweeted.

​"Today I'm going to sit in a chair for five minutes to really feel what it is like to be paralyzed," lawyer Brynjar Meling tweeted.

​"Next week: Sylvi Listhaug will try how it feels to be blind by simply closing her eyes," tweeted Morten Øverbye.

© AFP 2021 / HENRIK MONTGOMERY / SCANPIX SWEDEN
Strange Bedfellows: Swedish Minister Dines With Turkish Neo-Nazis
The criticism was intensified by the fact that several hundred migrants droned earlier this week, when a large ship sank in the Mediterranean last week between Libya and Italy.

The minister brushed off the sarcasm by saying that she wanted to pay tribute to the Norwegian rescue workers who have saved numerous migrants from drowning. "They are heroes who have saved over 3,000 people. When I was asked to see how they operate, of course I said yes. It would have been completely rude not to have done it," she told TV2.

In November 2015, Listhaug provoked a media outrage by claiming that Jesus himself would have agreed with her party's rigid migration policy.