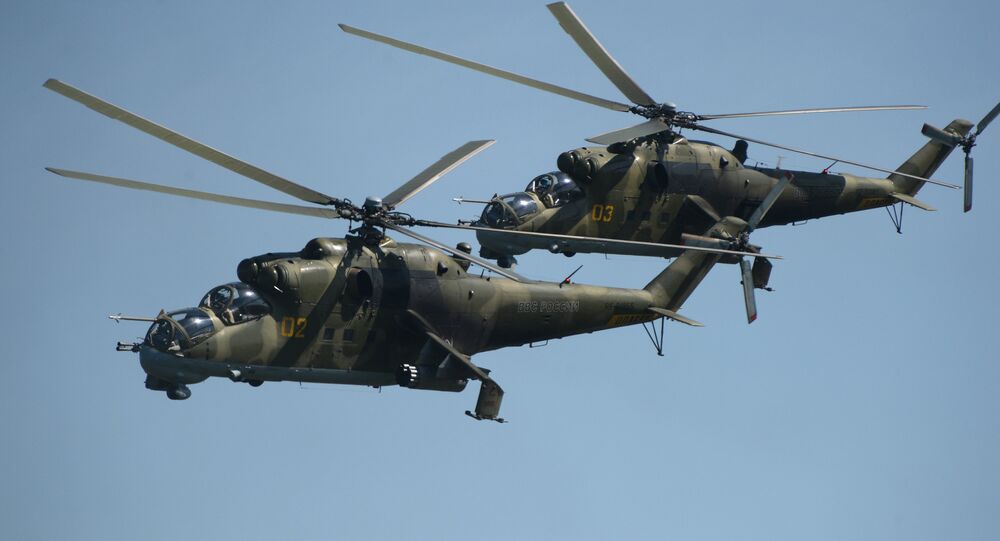 The trilateral peacekeeping mission in the breakaway republic of Transnistria cited increasing unsanctioned and uncoordinated foreign aircraft flights over the buffer zone between Moldova and Ukraine as reason for the request.

TIRASPOL (Sputnik) – The trilateral peacekeeping mission in the Moldovan breakaway republic of Transnistria requested Russia on Thursday to restore its helicopter squadron operating within the mission.

"We deem it appropriate to appeal to Russia with the request to restore the valuable work of its helicopter squadron as part of the peacekeeping operation," the Joint Control Commission, operated by Moldovan, Transnistrian and Russian troops, said in a statement.

It cited increasing unsanctioned and uncoordinated foreign aircraft flights over the buffer zone between Moldova and Ukraine as reason for the request.

"Under the Joint Control Commission protocol No.1 from July 28, 1992, the squadron of four Mi-8 helicopters and four Mi-24 helicopters… is able to provide the established security regime in the conflict zone," the statement reads.

© AFP 2021 / SERGEY VENYAVSKY
Russia Unable to Withdraw Military From Transnistria Due to Ukraine
This year marks the 24th anniversary since the Joint Control Commission launched its peacekeeping mission. A total of 402 Russian, 492 Transnistrian and 355 Moldovan troops, as well as 10 Ukrainian military observers, are serving across 15 static security posts and checkpoints located at key security zone sites.

Transnistria, a region dominated by an ethnically Russian and Ukrainian population, broke away from the Soviet Republic of Moldova in 1990, fearing the country might seek to reunify with neighboring Romania. The move triggered a war that ended in a ceasefire in July 1992, but the conflict has remained unresolved.