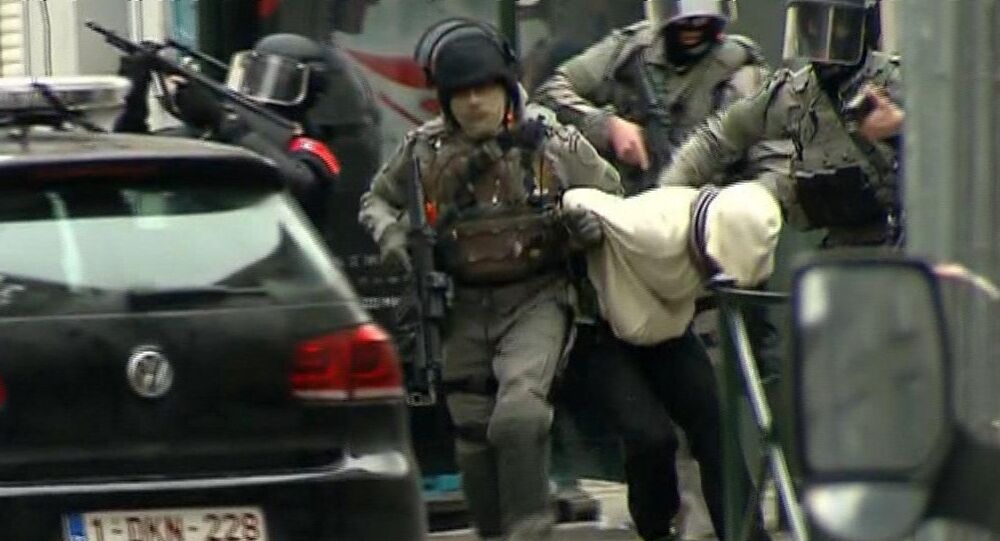 Salah Abdeslam, the key Paris attacks suspect, has been charged Thursday for attempted murder during a shootout with Belgian police in the Brussels commune of Forest on March 15, local media reported.

© REUTERS / Youssef Boudlal
Belgium Releases Three People Detained Over Suspected Paris Attacks Links
MOSCOW (Sputnik) — On March 18, a total of five individuals, including Abdeslam, were arrested during a special anti-terrorist police operation in the Molenbeek district of Brussels. Belgian police raided the notorious Molenbeek neighborhood after fingerprints of Abdeslam had been found in an apartment in Forest, where three days before one jihadist suspect had been killed and four police officers had been wounded during the shootout.

"He has been charged with attempted murder as perpetrator or accomplice," Abdeslam's lawyer Sven Mary said as quoted by the Le Soir newspaper.

The series of terrorist attacks carried out across Paris on November 13 claimed 130 lives and injured over 350 people. Abdeslam is believed to have provided logistics support to the suicide bombers and shooters, and told authorities he backed out of a suicide attack outside a football stadium.

Daesh radical group, which is banned in Russia, claimed responsibility for the attacks.