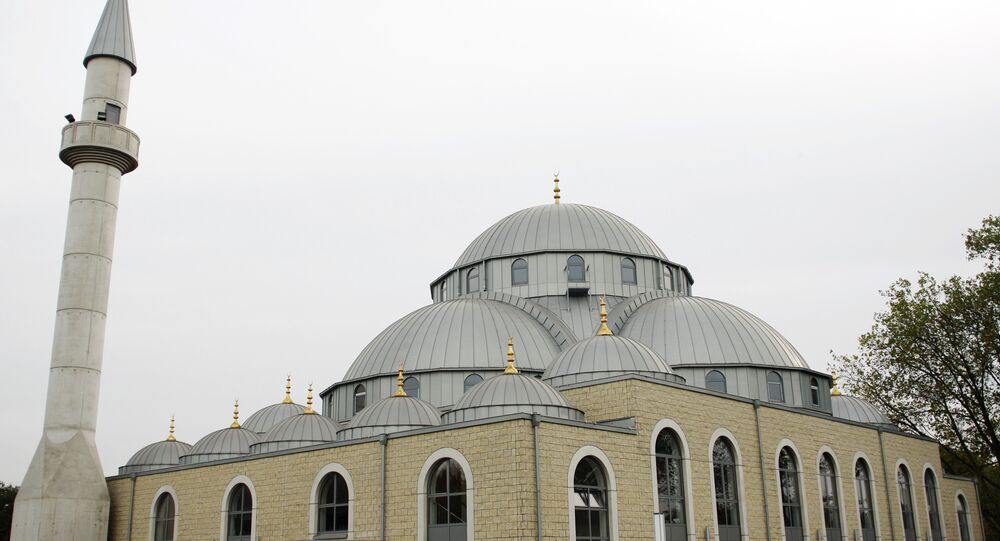 Muslims in Germany should enjoy religious freedoms in the country, but must not be funded from abroad or pay church tax, a spokesperson for the right-wing Alternative for Germany (AfD) party told Sputnik on Thursday.

MOSCOW (Sputnik) — This week a parliament member from Germany’s Christian Social Union (CSU) party Alexander Radwan recommended the introduction of "church tax" for Muslims living in Germany, telling Sueddeutsche Zeitung newspaper that this could be done similarly to the "existing church tax for Catholics and Protestants".

"We don't want [any] German tax agency to collect money for Muslim [cause], be it a local agent in Bavaria or a national agent in Berlin's ministry of finance. Faithful Muslims shall benefit — as every religion — from our religious freedoms, but not from taxpayers' money. They must fund their church by themselves," AfD spokesperson Ronald Glaser said in reaction to Radwan’s initiative.

© AFP 2021 / DPA / CARMEN JASPERSEN
Islamic Preacher Arrested in Germany on Suspicion of Supporting Terrorists
According to the German Catholic Bishops’ Conference, the tax to fund church activities amounts to 8-9 percent of the total income tax and is paid by every church member registered as Catholic, Protestant or Jewish. Mosques and Islamic kindergartens across Germany are funded by foreign countries such as Turkey and Saudi Arabia, which Radwan proposes to ban.

"We would also prefer that foreign government[s] or institutions shall not be allowed to fund Muslim activities in Germany," Glaser said.

Germany is a home to four million Muslims, and many of migrants who have recently arrived to the country also adhere to Islam.

Islamic Preacher Arrested in Germany on Suspicion of Supporting Terrorists