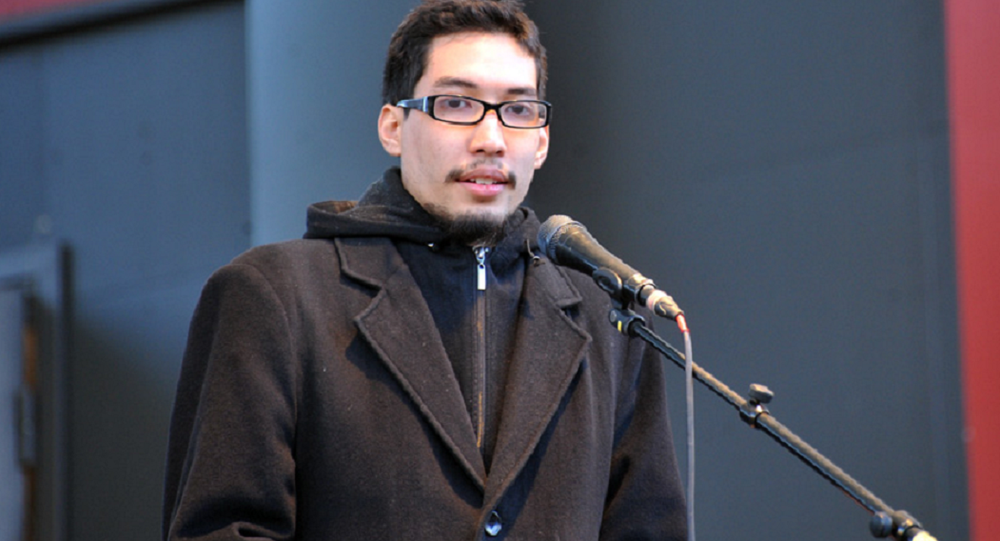 Swedish Politician Yasri Khan has decided to withdraw his candidacy for the Green Party Board and quit politics altogether after his refusal to shake hands with a female TV4 reporter stirred a major media scandal.

During an interview with a female reporter from TV4 television channel, Khan, also the secretary general of the organization Swedish Muslims for Peace and Justice, placed his hand over his heart instead of shaking her hand in greeting, on grounds that it violated his Muslim faith.

"The way I have been brought up, physical contact with the opposite sex is considered to be very, very intimate," Khan explained his faux pas.

© Flickr / stillbild
New Tradition? Nazi Flag Hoisted in Swedish Town on Hitler's Birthday
Incidentally, it has come to light that the Khan-topped organization had in recent years received up to 7.4 million krona (close to 1 million dollars) in state support, tabloid Expressen revealed. The money was paid by the Swedish Agency for Youth and Civil Society MUCF, which is a government organization that works to "ensure that young people have access to influence and welfare."

Remarkably, the Green Party election committee was well aware of Khan's refusal to shake hands with a woman, but chose to nominate him anyway, Dagens Nyheter reported. The Green Party is otherwise renowned for its staunch feminist cause, and Khan's gaffe entailed harsh criticism from fellow party members.

"This is unacceptable. You can't have a man in the party who won't greet women in the same way you greet a man. I'm very upset," Stina Bergström, a Green Party parliamentarian, told Swedish tabloid Aftonbladet.

© AFP 2021 / ANDERS WIKLUND / SCANPIX SWEDEN
Sweden's Former PM Advocates More Migration to "Retirement Home" Europe
However, these were not the only Green Party misfortunes this week, described as "horrendous" by many analysts. On Tuesday the party's co-leader and deputy Prime Minister, Åsa Romson, landed herself in trouble after describing the September 11 terrorist attacks in the USA as "accident."

In the 2014 general election, the Greens received 6.9 percent of the vote and grabbed 25 seats, which made the party the fourth largest in the Riksdag. However, the public support of the party has been shrinking amid the controversies it had inspired. According to the April poll by Sentio, the public support of the Green Party dropped down to 4.6 percent, a record low since 2005, Nyheter Idag reported. According to Aftonbladet, the recent hullaballoo alone cost the party 30 percent of its voters.