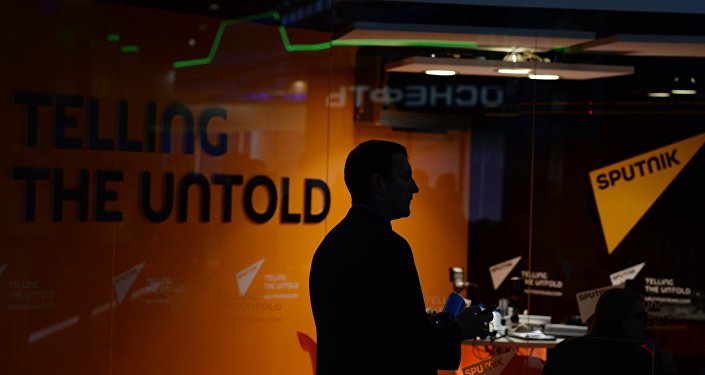 © Sputnik / Konstantin Chalabov
By Hook or by Crook: Turkey's Sputnik Ban 'Contradicts All Logic'
“Such an act of hostility on the part of Turkey in relation to the Russian media was due to the fact that the local community has started to dislike Erdogan's government.

The government is extremely intolerant to any kind of impartial criticism by some international media, including Russian, and it tries to use the most brutal and radical way to erase such media from the Turkish information field.”

“The same applies to the local Turkish media. Striking examples of that is the closure of the newspaper Cumhuriyet, wrongful attack and ban on German journalists and harassment and arrests of Turkish journalists. All this hostility and intolerance on the part of the government of Recep Erdogan in relation to the international and domestic media has caused a wide resonance in the public eye, which, in turn, has strongly condemned Erdogan for such aggression,” the CEO said.

© Ruptly . Ruptly TV
Sore Point: Turkish Gov't Has Problems With Alternative Information in Mass Media - Sputnik Turkey Head (VIDEO)
Mehr stressed that this action on behalf of the Turkish government is an open violation of freedom of press and goes against international press norms.

“Throughout the world, Russian media is considered the most reliable and authoritative international information representative that strictly adheres to the principle of free broadcasting and provides information without any political overtones.”

He also said that in his opinion Russian media is free and independent. “Even when in Russia there are events that are not very pleasant for the government, Russian media is not silent about them and publishes the information.”

“Therefore, all of these actions on the part of the Turkish authorities can be regarded as a weakness of the political system of this country. The Turkish government must reconsider and change its position in relation to the Russian media and allow them under international law to freely broadcast further,” Mehr concluded.