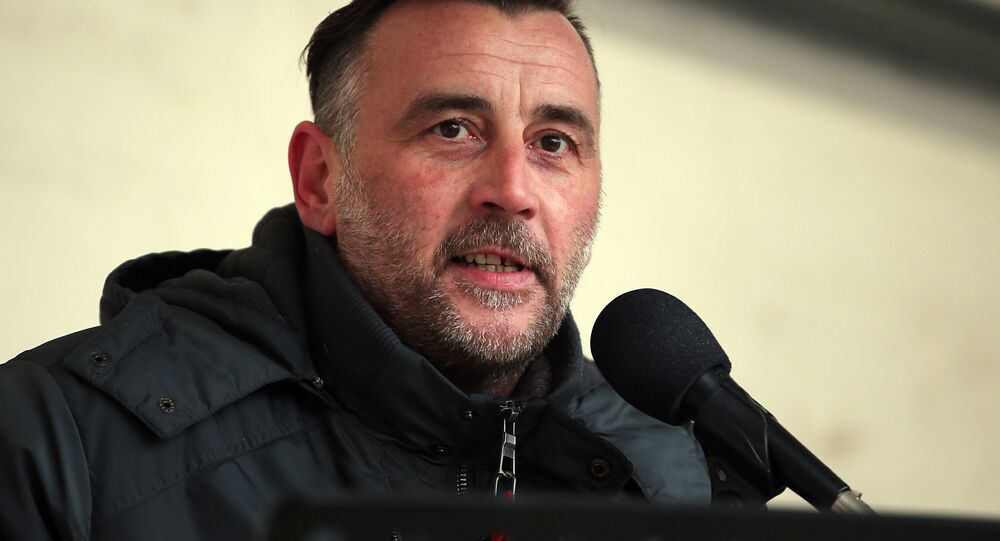 Lutz Bachman - the founder of Germany's far-right, anti-Islam movement Pegida - has gone on trial in Dresden, facing charges for insulting migrants. Bachman is alleged to have referred to refugees as "cattle", "scumbags" and "filth" in Facebook posts during 2015.

Bachman founded the anti-Islam organization Pegida — Patriotic Europeans Against the Islamisation of the West — during October 2014.

© AP Photo / Juergen Schwarz
Support for Anti-Immigrant Parties Expected to Escalate in EU
The group sought to capitalize on far-right resistance towards immigration, focusing on Muslims in particular. German Chancellor Angela Merkel expressed disapproval towards Pegida, saying that its leaders "have prejudice, coldness, even hatred in their hearts."

Whilst Pegida has enjoyed increased support since its inception, the continued growth of the far-right in German politics has begun to shift — favoring the more moderate presentation of parties like the AfD, whose antagonistic positions on issues like immigration boast a more acceptable public face.

The current court case is not the first time that Lutz Bachman has courted controversy. In 2015, he was forced temporarily to resign as Pegida's Chairman after a photograph emerged of him with a Hitler mustache. Bachman also has numerous criminal records for drunk driving, assault and no less than 16 burglaries.

© AFP 2021 / TOBIAS SCHWARZ
A flag reading "Islamists not welcome" flies among protestors from the PEGIDA movement (Patriotic Europeans Against the Islamisation of the Occident) attend a rally in Leipzig on January 11, 2016

Bachman denies the hate speech charges, and has been accused of using the trial as an opportunity for publicity; arriving as he did, wearing a pair of sunglasses that were modified to resemble a censorship block over his eyes.

The stunt was apparently coordinated with Pegida supporters, many of whom attended the trial wearing similarly modified sunglasses — they were warned against disrupting proceedings by the court warden though, after applauding Lutz Bachman on his arrival.

#LutzBachman #PEGIDA founder security screened before allowed entry back into the court room in #Dresden pic.twitter.com/IN4M9l8BhX

Despite the protests of Bachman's supporters, Germany has a positive record in terms of censorship, consistently ranking in the top 20 of the Press Freedom Index's "most free countries."

Section 130 of Germany's Strafgesetzbuch (criminal code) cites the "incitement of popular hatred" (Volksverhetzung) as an offense.

The court said that the comments made by Bachman were an "attack on the dignity" of refugees, and "disrupted public order." Prosecutors say that he could face jail for anything between 3 months and 5 years if found guilty.

Support for Anti-Immigrant Parties Expected to Escalate in EU