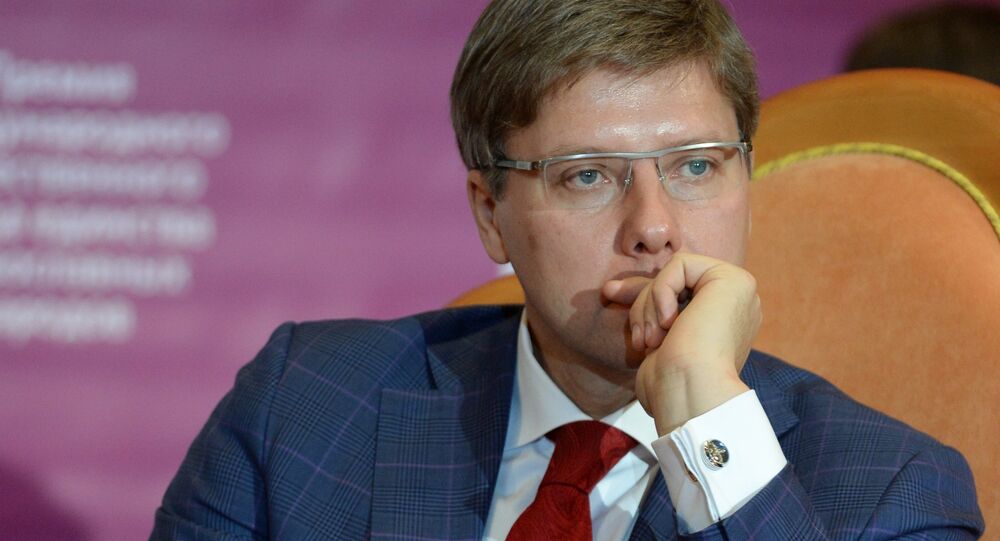 Mayor of Riga Nils Usakovs has slammed the Latvian authorities' decision to ban the Sputnik international news agency's sputniknews.lv website from the .lv domain as "idiotic".

MOSCOW (Sputnik) — In March, the Latvian authorities notified the Sputnik international news agency that its registration within the.lv domain had been found to be in violation of an EU regulation and would be suspended.

In early April, Latvia's National Electronic Media Council (NEPLP) decided to suspend the Russian-based Rossiya-RTR channel from broadcasting in Latvia for six months. Earlier, the head of the Council stated that the channel had committed three violations by allegedly broadcasting "war propaganda."

"The closure of the Latvian domain of Russia's sputniknews.lv Internet portal, which publishes information in both Russian and Latvian, as well as the suspension of the Rossiya-RTR channel for half a year, are completely idiotic decisions… Both of these decisions are a disgrace to Latvia. To what extent must one disrespect one's own country to think that one of the thousands and tens of thousands websites publishing information about Latvia threatens state security," Usakovs said in an interview with the Vesti Segodnya newspaper.

The authorities' restrictions on media outlets also appear to be extremely dated from a technical perspective, the mayor noted, stating that such measures are more appropriate for the 19th century than the 21st or even the 20th centuries.

"These decisions are firstly a disgrace, secondly stupidity, and thirdly, they invoke a mass of questions regarding the observation of democratic norms in an EU country," he stressed.

In early April, the Russian Foreign Ministry described Latvia's policy of censoring Russian media outlets as contempt for the basic principles of freedom of the press and speech.