Turkish government’s decision to ban foreign journalists from entering the country is a new stage of the recent clampdown on press freedom that has created climate of fear in Turkey, an Istanbul-based German journalist told Sputnik. 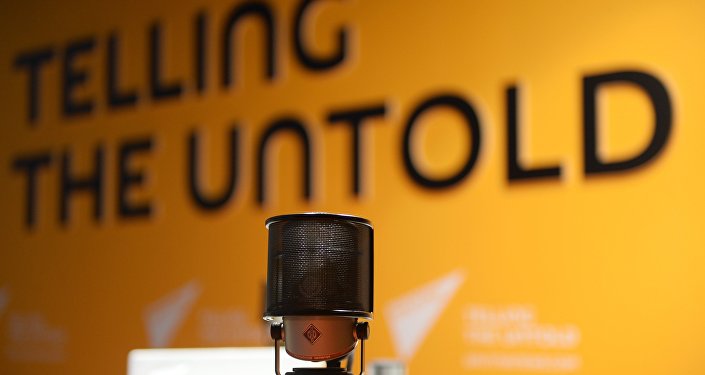 © Sputnik / Konstantin Chalabov
West Unconcerned By Latest Turkish Clampdown on Media – Russian Lawmaker
MOSCOW (Sputnik) — Veronika Hartmann, a free journalist working for German public broadcasters ARD and ZDF, and print media like Der Spiegel, Die Welt, Focus, said journalists coming to Turkey had always been anxious about whether they would be given accreditation.

"But there had never been problems on such a large scale. Entry bans is a relatively new phenomenon that journalists are concerned about. I’ve also been told that some foreign journalists were briefly detained and chose not to report this. This creeping climate of fear is also new to us," Hartmann said.

Earlier this week, several foreign journalists were denied entry into the country by Turkish authorities who did not give any explanation.

© AFP 2019 / PATRIK STOLLARZ
German Media, Gov't Purposely Underreport Migrants Crimes - Alternative for Germany Party
On Wednesday, the editor-in-chief of Sputnik news agency Turkish bureau was stripped of accreditation and stranded at the Istanbul airport after the border control said he had been flagged as persona non grata. This happened a day after an ARD journalist was prevented from entering on undisclosed grounds.

Looking for an Alternative? Nearly No Americans Trust the News Media