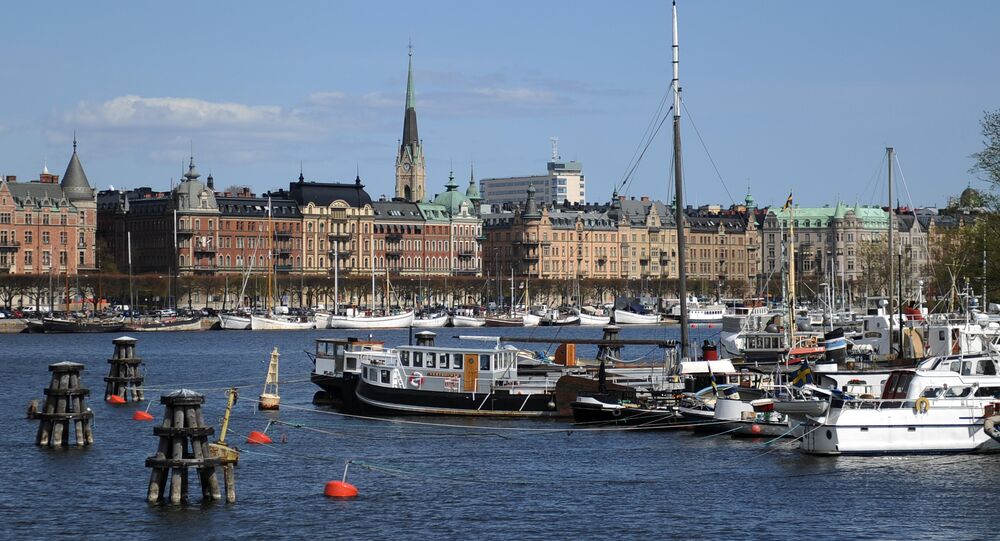 The Swedish Government is currently pondering joining NATO's center against propaganda. The main reason given is "increasingly intense psychological warfare" on Russia's part.

In March, the Swedish Security Service warned that Russia supposedly was "conducting an information war against Sweden."

"Brainwashing campaigns occurred during World War II, the Cold War, and now we can see how they have intensified. Above all, Russia is engaged in psy-ops systematically and is investing enormous resources," warned Defense Minister Peter Hultqvist of the Socialist Democratic Party.

© REUTERS / Francois Lenoir
Membership at All Cost: Swedish Gov’t ‘Lying’ About ‘Russian Threat’ to Enter NATO
Last year, the Swedish parliament decided to set up a "total defense," including a psychological defense adapted to today's conditions. Initially, this is going to be handled by the Swedish Civil Contingencies Agency (MSB), whereas the next step for the country is to join the Center for Strategic Communication, Stratcom, in the Latvian capital of Riga.

According to Interior Minister Anders Ygeman of the Socialist Democratic Party, a decision on joining Stratcom is being prepared by the Ministry of Justice. According to him, Sweden is also prepared to contribute to Stratcom's funding.

Earlier, Sweden's plans to join Stratcom have been censured by Aftonbladet's Åsa Linderborg. According to her, the Iraq war itself was a sole product of NATO's disinformation campaign. "Now it is NATO that is going to teach us propaganda," she quipped.

© Flickr / Magnus Fröderberg
Only Fools Rush In: Sweden and Finland Barging Into NATO's 'Open Door'
At present, Sweden is already active in NATO's center against cyber warfare in Tallinn, Estonia.

The Center for Strategic Information is headquartered in Riga and was founded in August 2014 after Russia took over the Crimea Peninsula. Its work is sponsored by a number of NATO members, such as the Baltic countries, Poland, and the UK, with the supposedly non-aligned Finland being among its contributors.

In addition to Russia's methods, Daesh's web recruitment practices in Europa are meant to come under the agency's scrutiny.