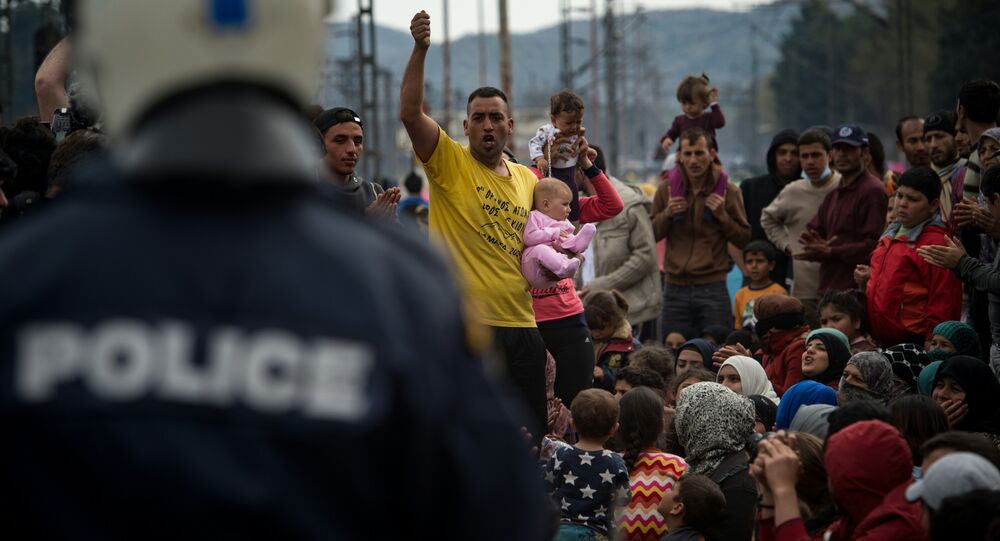 Europe can't become a new home for millions of refugees, former German Chancellor Helmut Kohl wrote in a preface to the Hungarian edition of his appeal "Out of concern for Europe".

Kohl has criticized the open-door policy of current German Chancellor Angela Merkel toward refugees and expressed his solidarity with Hungarian leader Victor Orban.

"The solution lies in the affected regions, not in Europe. Europe can't be a new home for millions of people in need worldwide," Kohl wrote, cited by German newspaper Tagesspiegel.

The politician questioned Merkel's strategy, stressing that she acted on her own initiative and has not discussed her policy with the EU partners.

"Private decisions, regardless of how justified they may seem to an individual, as well as national initiatives must belong to the past," Kohl argued.

© AP Photo / Armin Weigel
Come One, Come All! Germany to Bear Main Burden of Refugee Crisis Despite EU-Turkey Deal
European countries are currently struggling to manage a massive refugee crisis, with hundreds of thousands of people leaving conflict-torn countries in the Middle East and North Africa to ask for asylum in Europe. Many refugees are seeking to arrive in wealthier EU states such as Sweden or Germany.

In his appeal, Kohl also stressed that in addition to humanitarian aspects Europe should take into account its "cultural and security interests".

Many refugees come "from different cultural backgrounds. Many of them profess other than the Judeo-Christian faith, which is one of the foundations of our values and social order," Kohl stated.

The former German Chancellor also supported the policy of his "friend" Viktor Orban who appeals for stricter migration rules and closure of European borders.

In February, Hungary among other European countries along the Balkan route, including
Serbia, Croatia, Slovenia and Austria closed its borders to newcomers. The move has resulted in thousands of refugees being stranded in Greece, particularly along the border with Macedonia.