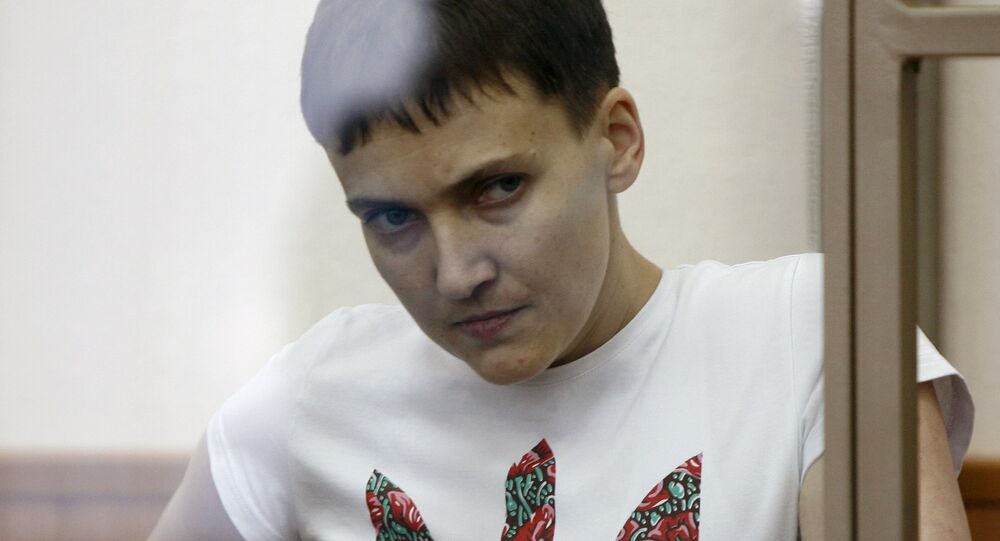 Savchenko Asks Kiev to Start Procedures on Her Return to Ukraine

Ukrainian national Nadezhda Savchenko is serving a 25-year-long prison term for her part in killing Russian journalists in Donbass.

© Sputnik / Stringer
Savchenko's Lawyer to Discuss Swap With Defense of Yerofeev, Aleksandrov
"The Justice Ministry has received an appeal from Nadezhda, asking to start procedures on her return to Ukraine," Petrenko wrote in his Facebook blog.

"I will do my best in line with international conventions to ensure her return home," the minister stressed.

Savchenko was sentenced in late March to a 22-year jail term in Russia for her part in killing Russian journalists in eastern Ukraine, and refused to appeal the ruling, but Ukrainian authorities have been trying to organize her possible exchange for detained Russian nationals.

Savchenko to Get Medical Help if Health Deteriorates – Kremlin Spokesman