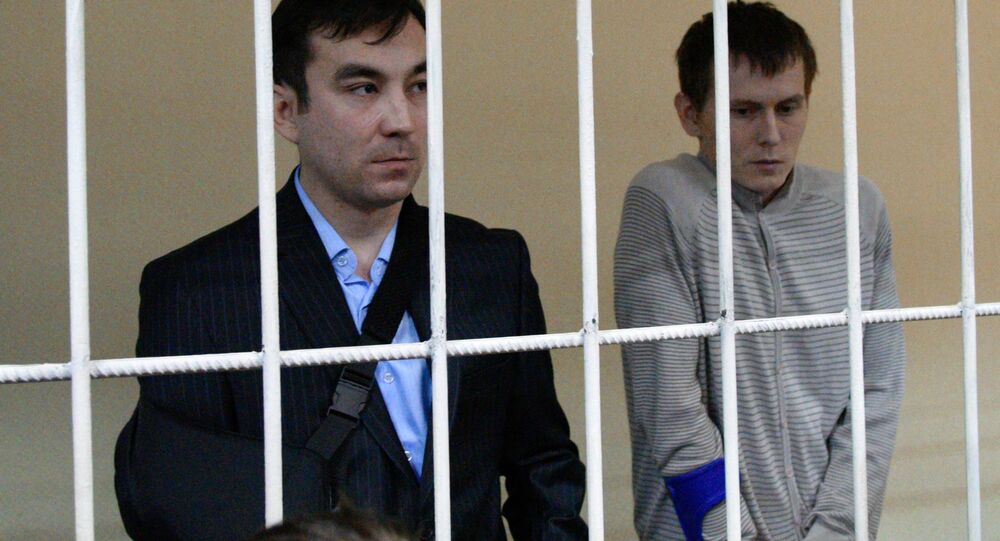 Savchenko's Lawyer to Discuss Swap With Defense of Yerofeev, Aleksandrov

Ilya Novikov, the lawyer of Ukrainian national Nadezhda Savchenko, sentenced to a long prison term in Russia, said Monday he would discuss possible actions to facilitate her exchange for Russian nationals Alexander Aleksandrov and Yevgeny Yerofeev with their defense.

KIEV (Sputnik) — A Kiev court sentenced earlier on Monday Yerofeev and Aleksandrov, who were detained in May 2015 in eastern Ukraine, each to 14 years in prison after finding them guilty of terrorist activities, "conducting an aggressive war," and other activities leading to the death of humans.

"I hope that I and my colleagues defending Yerofeev and Aleksandrov will discuss possible steps in both cases so that our clients could be exchanged as soon as possible, if such a decision is made by Russian and Ukrainian authorities," Novikov told reporters.

Savchenko was sentenced in late March to a 22-year jail term in Russia for her part in killing Russian journalists in eastern Ukraine, and refused to appeal the ruling, but Ukrainian authorities have been trying to organize her possible exchange for detained Russian nationals.