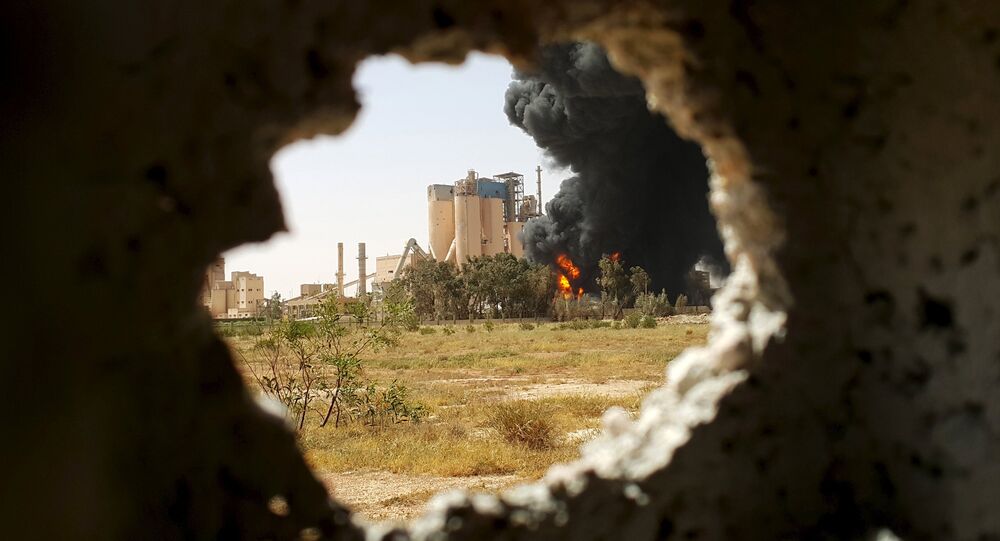 EU ministers are meeting on Monday to discuss the possibility of sending more military forces to Libya, with the British government under increasing pressure to reveal its plans following revelations UK and US special forces have already been operating in the country.

It's understood EU leaders will discuss five different international security possibilities for Libya, including the deployment of security units to help local authorities.

A number of other potential missions, involving EU bombing Daesh militants, training Libyan troops and cracking down on people smugglers are also expected to be discussed.

The talks will take place amid concerns over the newly-formed Libyan government's ability to assert control over the country, which has been dogged by five years of conflict, with opposing factions — including jihadist groups — fighting for control of large swathes of territory.

Marin Kobler: today is not a visit, I am working from Tripoli now. UN is back in #Tripoli, w'll work here everyday for z benefit of Libyans

While the EU operation is limited to sending police units, it is understood up to 1,000 British troops could be sent to the country as part of the Libya International Assistance Mission, with the aim of training local forces.

Although the UK has denied any decision has been made on Libyan intervention, the speculation of British involvement has led to frustration from MPs, who have called for answers from David Cameron's government.

"Clarity is now overdue. We need transparency about the difficulties and the challenges," Crispin Blunt, chairman of parliament's foreign affairs committee, told the Observer.

"Any deployment would need a parliamentary vote, as would airstrikes on Isis [Daesh]," Blunt added, accusing UK Foreign Secretary Philip Hammond of being "deliberately misleading" about Britain's involvement.

There has been increasing concern associated with the government's potential escalation in Libya after a leaked memo revealed British and American special forces troops have been operating in Libya since the beginning of the year.

The leaks revealed that British officials had been working with US counterparts to identify potential Daesh targets for airstrikes — without government officials informing lawmakers.

Any involvement in Libya would be particularly embarrassing for the UK, France and US, following the disastrous fallout from the 2011 aerial campaign that brought down former leader Muammar Gaddafi.

Following Gaddafi's death, the West was widely criticized for not offering the fledgling Libyan government more support to deal with other opposition groups as fighting in the country escalated, with US President Barack Obama labeling it the "worst mistake" of his presidency.

As a result, a rebel group known as the Libyan Dawn took control of the capital Tripoli in 2014 and forced the internationally recognized government into exile in the eastern city of Tobruk.

The impasse was overcome last month, when leaders of the new UN-supported Unity government agreed took control of the country.