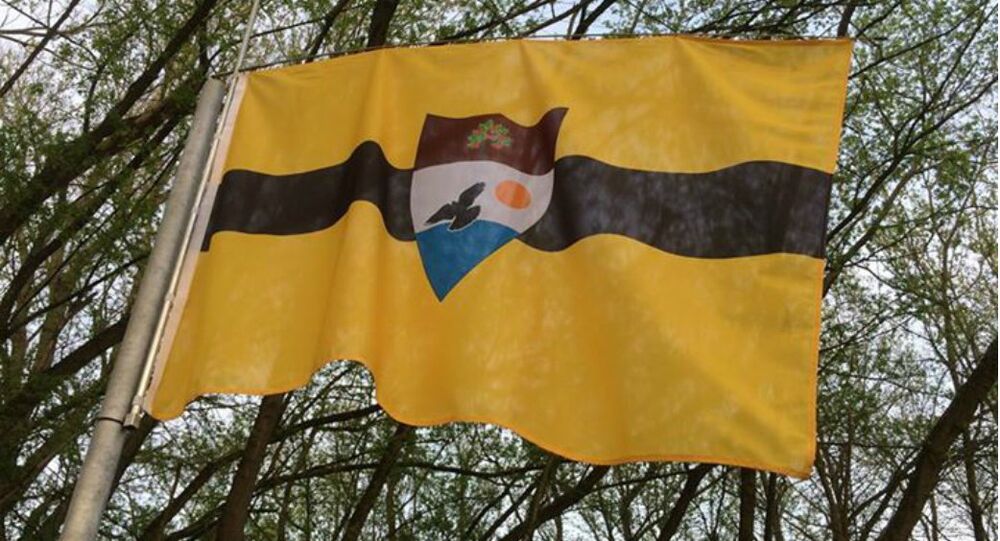 Vit Jedlička, a self-proclaimed president of Liberland, is preparing to take over a no-man’s land between Serbia and Croatia.

© Photo : Facebook
About 20,000 Syrians Apply for Liberland Citizenship
The Free Republic of Liberland, a micronation proclaimed in 2015 by Czech politician and activist Vit Jedlička, is located on a 7 sq. km of no-man's land between Serbia and Croatia, one of territories disputed by both countries. However, Jedlička claims that neither side is willing to claim this territory.

As Croatian border police prevent people from coming to live at the territory, the micronation remains uninhabited, with only a sole hunting shack remaining its only building.

But in his interview for The Independent, "President" Jedlička revealed that plans are nearly in place for a group of Liberlanders to break through that police blockade in such numbers "there is nothing they can do to stop it".

This weekend Jedlička  and his three volunteer ministers held a conference to discuss Liberland's future at a Croatian hotel just 5 km from the border. During a conference, a plan was adopted to stage a "state celebration" in a field next to the disputed territory which, if all goes to plan, could snowball into a mass takeover action.

"It's going to be a big media event," Jedlička said. "We would like to invite 5,000 people, with the best artists who support Liberland [attending], and we already have two or three major festival organizers in the area helping us."

The self-proclaimed president revealed to The Guardian his plan to use the event for a spontaneous takeover of the land, going as far as threatening the Croatian government to "better give the festival-goers ‘a green light' for the move."

"There is no way you can stop 5,000 people taking over control of Liberland," he said.

Jedlička believes that Liberland will make a successful example of a tax haven — calling it a "tax heaven" — also naming Liberland's own sort of beer as the main source of export.

Having a legislation of only as much as five laws, Liberland is going to be a functioning anarchist state, with black color on its flag representing anarchy. The Serbian Ministry of Foreign Affairs has stated that Liberland, while ‘frivolous', does not infringe upon the border of Serbia, without any other comments. Croatia, however, stated that while the territory's status remains undetermined, after international arbitration, it will be awarded to Croatia or Serbia, not a third party.