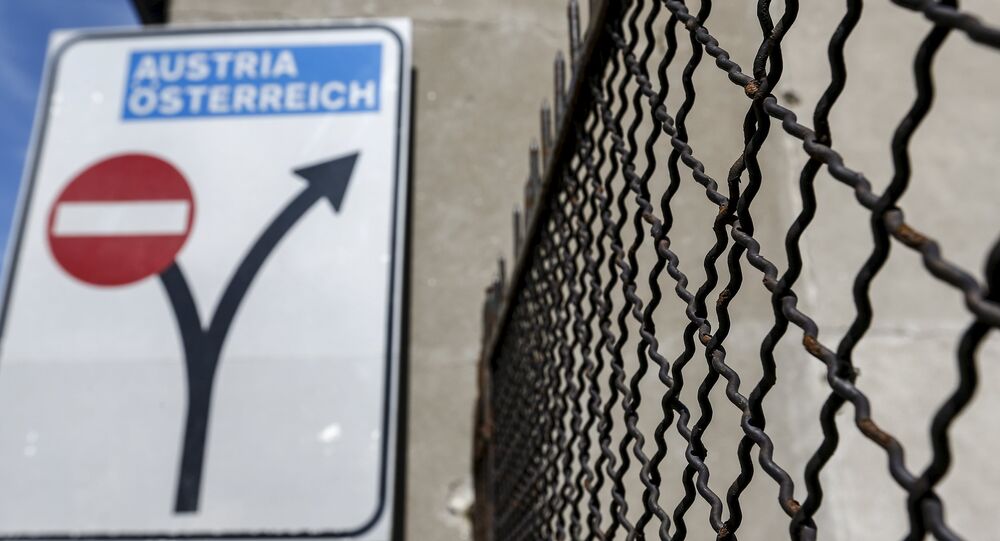 The EU’s lack of effective central government leadership has finally led to a situation where Brussels, which had at first agreed to take refugees, is now pushing them back, Netherlands-based political analyst Shawn Donnelly told Sputnik.

© AP Photo / Petros Giannakouris
Muscling Out Migrants: EU Plan to Send Refugees to Turkey Could Turn Ugly
In an interview with Sputnik, Shawn Donnelly, Professor of International Relations and European Studies and Director of the Financial Stability Research Group at the University of Twente in the Netherlands, reproached the EU for its about-face on refugees, which he chalked up to the supranational lack of a central government.

The interview came as Austrian authorities began constructing an anti-refugee barrier across the Brenner Pass along the country's border with Italy.

"What you have got in the EU is the lack of a central government. In fact, they decided at one stage that they were going to take refugees and now they are pushing them back and they have got a new deal with Turkey. But the refugees are still coming anyway," Donnelly said.

Separately, he remained cautiously optimistic about an agreement clinched between the EU and Ankara to return "irregular migrants" from Greece to Turkey; the document came into force on April 4.

"As far as the EU-Turkey deal is concerned, it remains to be seen how well it is going to function, and we are not quite sure [of its efficiency]. The proof is in the pudding, as they say in English," he said.

The construction of the anti-refugee barrier is seen by experts as a preemptive response to the anticipated flow of refugees trying to enter Austria from Italy, after the Balkan migrant route was closed.

© REUTERS / Antonio Parrinello
Moving on Up: Italy to Route Northern African Migrants to Europe
The police say that the construction works are scheduled to be completed by the end of May. The European Commission has already expressed concerns over Vienna's move, noting that the Brenner Pass is essential for the freedom of movement within the European Union. Austrian Chancellor Werner Faymann in turn defended his country's decision, stating the measure was "politically necessary."

Over the last few months, the number of refugees arriving in Italy has risen sharply. On Tuesday, the Italian coastguards said that they had rescued some 4,000 migrants, crossing the Mediterranean, over the past two days. According to UN estimates, almost 20,000 migrants have crossed the Mediterranean to Italy so far this year.

Some 60 Refugees Riot in Shelter in Northern Sweden