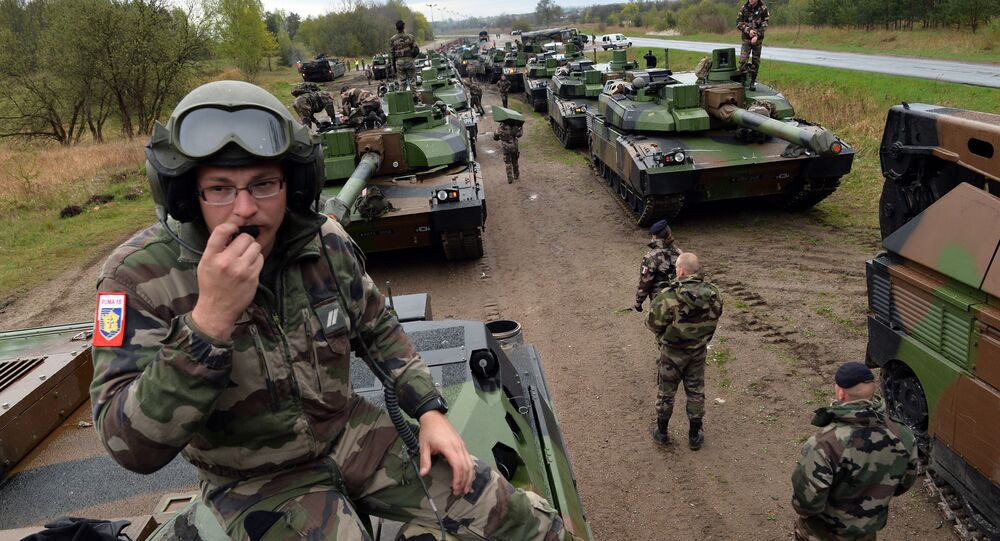 Resorting to unfounded fears of Russian "aggression," Poland has called for an increased NATO presence within its borders, calling Moscow a greater threat than Daesh.

With a NATO summit approaching in July, Poland is pushing to receive additional troops of the alliance within its borders. Speaking before a security conference in Bratislava on Friday, Polish Foreign Minister Witold Waszczykowski cited a familiar "existential threat."

When asked specifically about Daesh, also known as ISIS/Islamic State, a terrorist group that has carried out two devastating attacks in Europe in the last five months, Waszczykowski declared that Moscow poses the greater threat.

"[Daesh] is a very important threat but it is not an existential threat for Europe," he said.

Although Russia has in no way threatened NATO’s so-called eastern flank, Poland is set to spend billions on its own military modernization, regardless of the alliance’s decision.

"The government of Prime Minister Beata Szydlo is conscious of the fact that Poland, if it is to be independent and capable of ensuring its genuine sovereignty, needs to have a larger and stronger military," Polish Defense Minister Antoni Macierewicz told weekly wSieci.

While the previous government was prepared to spend $34 billion through 2022 on new weapons and equipment, Macierewicz stressed that this sum did not take into account maintenance and parts.

By his count, Warsaw will spend nearly $62 billion modernizing its military to defend against a nonexistent "existential" threat.

Waszczykowski cited Russia’s alleged involvement in Ukraine as the chief reason for the increase of Poland’s military. But this justification relies on oft-debunked claims of Russian “reds under the bed.” The West has failed to provide any proof of these allegations and the Kremlin has consistently denied that it has played a military role in the Ukrainian conflict.

It appears that Warsaw is using a Russian “boogeyman” as an excuse to increase the size of its military, a strategy common to many NATO nations.