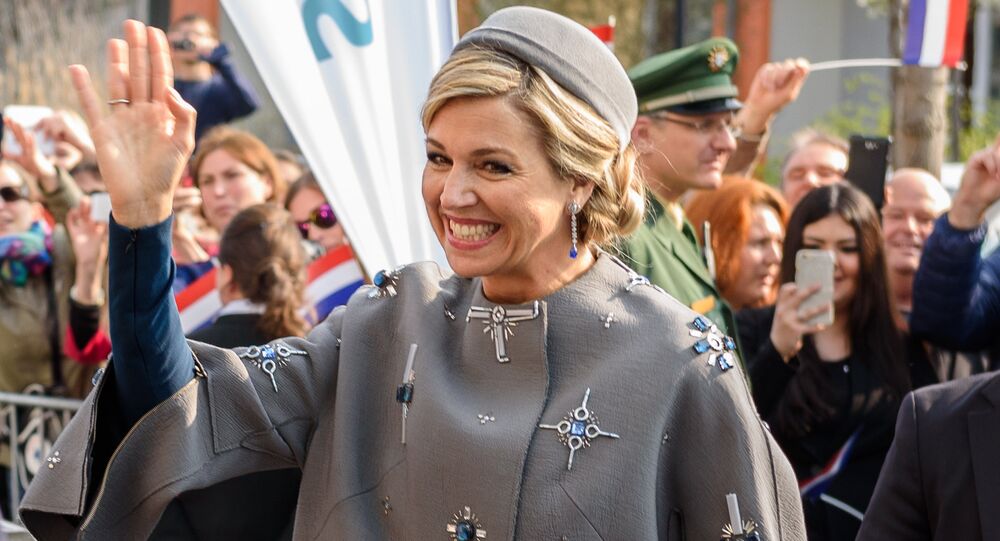 King Willem-Alexander and Queen Maxima of the Netherlands caused a stir on their visit to Germany, during which the Queen wore a coat emblazoned with symbols made of screws and nails, including several which resemble a swastika.

© CC BY 2.0 / Chris Beckett
German Way or No Way? Bavaria's Party Calls for Introduction of Islamic Law in Germany
The Dutch King Willem-Alexander and his wife Queen Maxima visited Nuremberg on Thursday, where Maxima caused controversy by wearing a grey coat emblazoned with symbols made of screws and nails, the most prominent of which resembled swastikas.

The royal couple was greeted by hundreds of enthusiastic well-wishers in Nuremburg, who didn't seem to notice the unusual design; however, photographs and comments about the offending coat soon began to be posted on social networks.

"A grey coat can provide a lot of attention – particularly when swastika-like symbols are visible," German newspaper Focus reported.

© AFP 2020 / Daniel Karmann / dpa
Dutch Queen Maxima is pictured on April 14, 2016 during a visit to Nuernberg.
"Such a coat can become a real political issue, if the queen of the Netherlands wears it on her visit to Nuremberg – the city of Nazi war crime trials and earlier, the Nazi party rallies."

Die Welt noted that the coat is a favorite of Queen Maxima, who wore the same garment, designed by Dutch-Danish designer Claes Iversen, on a state visit to Denmark last year.

King Willem-Alexander succeeded to the throne in 2013 after his mother Princess Beatrix abdicated, having reigned since 1980. His wife Queen Maxima is from Argentina, and is the daughter of former Argentinian politician Jorge Zorreguieta.

Kiev Expects Netherlands to Back EU-Ukraine Association in Referendum

EU-Ukraine Referendum in the Netherlands