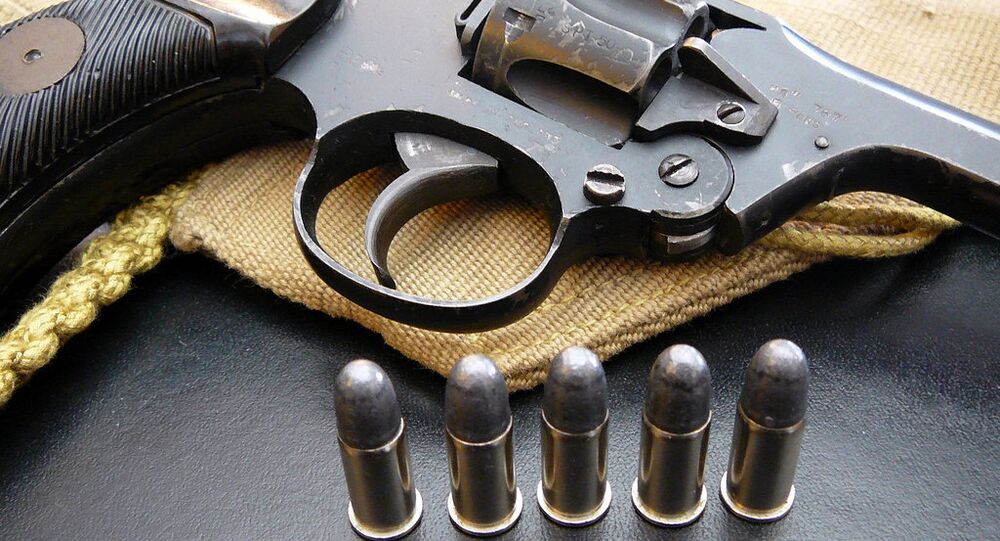 An ex-SAS hero has been jailed for keeping a handgun he used during the Falklands war.

Albert Patterson, 65, kept the 9mm self-loading pistol in his cellar as a reminder of all the fallen comrades in the Falklands war.

© Flickr / ResoluteSupportMedia
Elite British SAS Forces Accused of Being 'Out of Control'
Patterson, who had fought in the 1982 conflict held the pistol as a silent tribute to his 22 colleagues who were killed.

The gun was only discovered after Patterson split up from his second wife and a family member decided to collect his belongings.

However, due to suspicions that items had gone missing his ex-wife called the police who in turn carried out a full search of the property they both shared.

It was then that the officers found the pistol, along with other weapons and ammunition in the house.

Patterson was arrested in 2014, and informed police that he had kept the guns to remind him of his fallen comrades and his working life in the SAS. He admitted to having the 9mm self-loading pistol, plus other weaponry in his possession.

Patterson was jailed for 15 months at Hereford Crown court, for possession of the ammunition and other guns. He was also ordered to serve a year on supervised probation following his release.

The Judge, Christopher Plunkett told Patterson he was 'privileged' to have seen his service record. But added, "In the wrong hands these weapons could lead to death of police officers or cause all sorts of mayhem. It is this risk that parliament is concerned about."

Why jail SAS man Albert Patterson for collecting a souvenir whilst having tax dodging MPS. SHAME

War hero Albert Patterson should be released asap. the judge should apologize to him @bbcnews

The ex-SAS solider had a very illustrious career and had served in the military for 22 years. He also worked abroad in non-government organizations based in Iraq, Afghanistan and now lives in Thailand.

"He spent a great deal of time abroad protecting our country and our way of life," Patterson's defending counsel, Scott Coughtrie said.

Coughtrie also made reference to the trophy that Patterson had been awarded for his work in the Falklands.

"[These weapons] weren't loaded or hanging around, they were hidden," he added.

These sentiments were echoed by Colonel Richard Kemp, former commander of British forces in Afghanistan who said:

"This is another example of our troops being persecuted by a government and courts obsessed with political correctness."