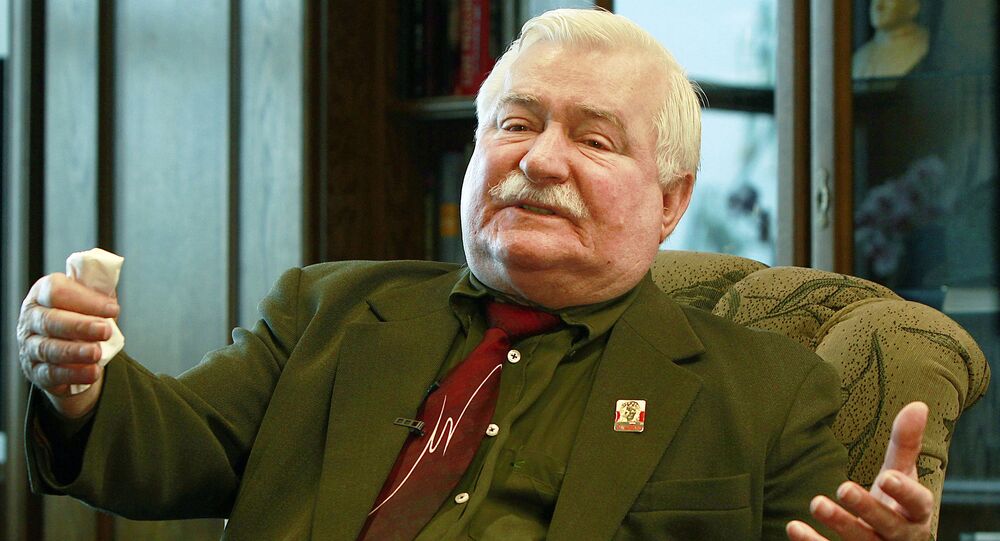 Lech Walesa, the 1980s Solidarity protest movement leader-turned president, told Polish television that he is again ready to man the barricades if necessary to fight the current Polish government.

Speaking to Poland's TVN24 television network about a resolution passed by the European Parliament earlier this week which scolded the ruling Law and Justice government over its confrontation with the Polish Constitutional Tribunal, the country's top constitutional court, Walesa said that he is "saddened and ashamed that this is happening."

© Flickr / Paweł Kabański
EU Parliament Calls on Poland to Respect Rule of Law in Constitutional Crisis
The EU parliament's non-binding resolution, criticizing the Polish government for reducing the Constitutional Tribunal's independence, warned that the changes introduced by the government pose a danger to "democracy, human rights and the rule of law."

For his part, Walesa, the former Solidarity movement organizer who would go on to become Poland's first post-communist president, suggested that the government led by Jaroslaw Kaczynski's Law and Justice Party should be deprived of its power, since it is "harmful to Poland."

"When this demagogy and populism can no longer justify itself and people understand how they [the current government] are harming Poland, it will be necessary to take a courageous decision, and, most likely, I'll take it, and we will finish the work of this government, which does so much harm to Poland," Walesa said. Moreover, the ex-politician emphasized, he is ready to personally "man the barricades" if necessary.

"At the same time," Walesa added, "as a responsible revolutionary, I know that this cannot be done at the present moment, since the price that would have to be paid would be too high."

© REUTERS / Leszek Wdowinski
Polish Media Scrambles to Salvage 'Communist Informant' Lech Walesa's Legacy
A heavyweight of Polish politics, Walesa had to scramble to deal with the fallout of a political scandal of his own earlier this year, when documents taken from an communist ex-interior minister's home seemed to confirm long-standing rumors that Walesa was a paid informant for the communist-era secret police, with the codename 'Bolek.'

Walesa and Kaczynski have been virulent political opponents since the early 1990s, when Kaczynski was ousted from Walesa's presidential administration.

Speaking to TVN24, Walesa reiterated that the documents allegedly pointing to his 'undercover past' are fakes, and added that he has never worked with the communist-era secret services. He also suggested that intelligence services themselves forged the documents, creating non-existent agents and taking the rewards for cooperation for themselves.