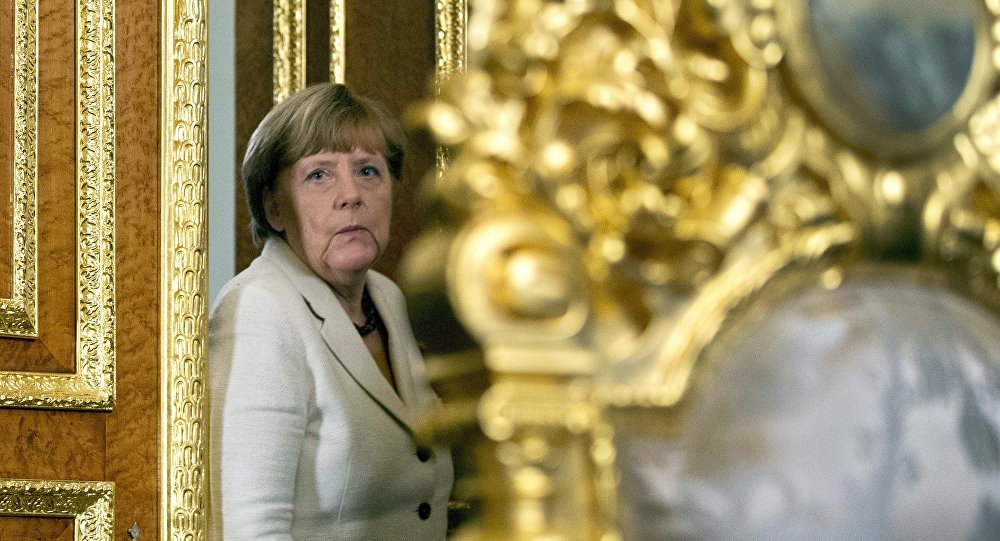 German Chancellor Angela Merkel has been accused of being "abysmal" and "losing her grip on power" over her handling of the migrant crisis, culminating in the EU-Turkey deal, which is now at risk over a satirical poem about Turkish President Recep Tayyip Erdoğan.

© Photo : Pixabay
EU Chief Warns of 'Slippery Path', 'Implosion' as Trust in Europe Fades
Merkel was already under pressure — both at home and abroad — over her decision to declare Germany's doors open to refugees — precipitating the biggest mass movement of people since the Second World War.

Although her original decision was seen as a humanitarian act, it quickly became obvious that the European Union could not cope with the migrant crisis, with member states putting in place border controls closing down the Schengen borderless EU zone, striking at the heart of one of the central principles of the EU — the freedom of movement of people.

In an effort to stem the tide of refugees, Merkel brokered a controversial deal with Turkey under which "irregular migrants" in Greece would be sent back to Turkey in return — on a one-for-one basis — for Syrian refugees being allowed to enter EU countries. In addition, the deal allows for all Turkish citizens to have visa-free access to the EU.

Five reasons why the EU-Turkey deal is a disgrace (Norweigan Refugee Council):https://t.co/4aCDRymDEJ

"To achieve its self-imposed goal-a significant reduction in arrivals and an increase in returns to Turkey-policymakers will have to drastically cut legal corners, potentially violating EU law on issues such as detention and the right to appeal," Elizabeth Collett, from the Migration Policy Institute wrote.

"But if governments execute the agreement in conformity with international and European legal frameworks, few arrivals are likely to be returned, and the agreement risks becoming the latest in a long series of undelivered promises to exasperated public for whom the complex legal conundrums of implementation are both meaningless and irrelevant."

Erdogan has demanded that Böhmermann be prosecuted in Germany, putting himself on a direct collision course with Merkel, who described the satirical poem stunt as "consciously injurious." However, she is facing calls at home to stand by Böhmermann on the basis it was comedy and that he has a right to free speech.

Many in Germany and abroad feel that Merkel's deal with Erdogan over the migrants was ill-conceived, with commentator Stefan Kuzmany writing in Der Spiegel:

"Merkel's handling of the crisis has been abysmal and shows that she is losing her grip on power."